The failure of democracy

Recent events in Turkey and Egypt have highlighted anew

the always contentious nature of civil-military relations in Middle
Eastern states.
In Turkey, the six year-long “Ergenekon” trial of 275 senior mili-
tary officers, politicians and journalists accused of plotting to over-
throw the elected civilian government was concluded with dramatic,
albeit predictable, results: All but 21 were found guilty and sentenced
to long prison terms, including the country’s former chief of staff,
Gen. Ilker Basbug, who received life imprisonment.
In Egypt, the security forces brought a brutal and bloody end to
a six-week standoff between the military and Muslim Brotherhood,
which had set up mass encamp- 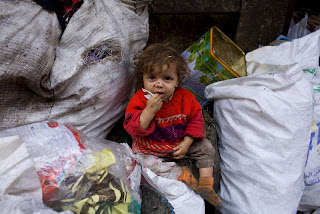 ments in central Cairo to protest
the deposing of civilian president
Mohamed Morsi. As part of the ef-
fort to restore order and crush any
dissent, the Egyptian authorities
declared a temporary state of emer-
gency and appointed 19 generals as
provincial governors. All the while,
the military insisted that it had pop-
ular legitimacy for its actions.
Back in the 1950s and 1960s,
many analysts viewed the militaries
of newly independent Arab states
as the institutions best equipped
to promote modernization and de-
velopment, given the relatively high
level of education of their officer corps and their need to adopt mod-
ern organizational methods and acquire technological prowess. Their
ability to appeal to nationalist sentiment and articulate a reformist
agenda seemed to be the most suitable formula for creating the neces-
sary degree of national cohesion that would enable the building of
durable and legitimate political institutions.
In this regard, the Turkish Republic established by Kemal Attatürk
in 1923 seemed to provide an appropriate model of emulation, as the
military stood guard over the Kemalist state, as per the constitution,
and even forcefully intervened in times of crisis.
But by the 1970s, it was clear that Arab military and security elites
had become a new praetorian ruling class, running roughshod over
all opposing forces, and creating what became known as dawlat al-
mukhabarat (the national security state). And by the turn of the cen-
tury, the hopes for an Egypt gradually evolving into a more pluralist
political order had dissipated.
Meanwhile, ironically, the Turkish Republic’s relative success,
thanks in no small measure to the military elite’s cohesion and de-
termination, laid the groundwork for the military’s loss of hegemony.
The desire to meet European Union conditions for membership laid
bare the Turkish Republic’s shortcomings with regard to the rule of
law, human rights, the treatment of its Kurdish minority, and the mili-
tary’s domination of the state, which eventually resulted in the elec-
tion in 2003 of the Islamist AKP.
One obvious difference between the Turkish and Egyptian experi-
ences was that Kemalism was an explicitly secular project, whereas
the Egyptian Free Officers and their heirs, while opposing the Mus-
lim Brotherhood, never promoted a secular agenda. Another differ-
ence was that Kemalism produced a sizeable Turkish middle-class
genuinely committed to liberal democratic values, while no such
comparable group emerged in Egypt, as proved by the dismal show-
ing of liberal democratic forces in the post-Mubarak parliamentary
elections.
More recently, Egypt’s “illiberal liberals” generally supported the
military’s use of force against the Brotherhood, although Mohamed
ElBaradei, their most well-known
figure internationally, resigned from
his post of vice-president following
the crackdown.
So where are we now? 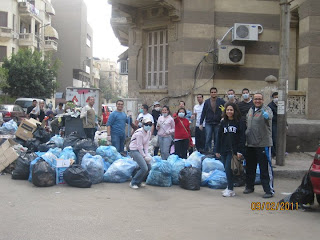 After a decade in power, Turkish
Prime Minister Recep Tayyip Erdo-
gan has succeeded in decisively tilt-
ing the civil-military balance in his
favor, but has also seriously damaged
the democratic fabric of the country
through intimidation and imprison-
ment of dissenting voices. For Tur-
key’s secular liberals, particularly
the educated youth among them,
Erdogan’s effort to institutionalize his
brand of Islamist populism heralds a
new authoritarianism every bit as repressive, if not more so, than the
military’s earlier heavy-handed domination of the country’s institu-
tions. The sustained Gezi Park protests against Erdogan have died
down for now, but may be a harbinger of future confrontations. As for
the Turkish military, time will tell whether it has been permanently
subordinated.
As president, Morsi had sought to emulate Erdogan, retiring senior
officers and appointing people he considered trustworthy, particularly
his defense minister and armed forces head Abdel Fattah Sisi. But Sisi
turned out to be non-compliant, and now sits at the nexus of power.
In the renewed euphoria of the Tamarud movement’s protests that
led to Morsi’s overthrow, Sisi was hailed as the next Abdel Nasser, the
symbol of Egyptian hope and nationalist pride, but hardly a demo-
crat. Interestingly, respected US-based scholar Robert Springborg
has suggested that Sisi’s vision of Egypt may be akin to that of for-
mer Pakistani military ruler, Zia al-Haq, i.e. in favor of Islamizing
the public sphere, his antipathy to the Brotherhood notwithstanding.
Whether or not he can lead Egypt out of its morass is another mat-
ter. For the moment, the sequence of events is beginning to resemble
the initial stages of Algeria’s slide into horrific civil strife during the
1990s. 
The author is a Principal Research Fellow at the Moshe Dayan
Center for Middle Eastern and African Studies, Tel Aviv University