Jethro, Moses’ father-in-law and the pagan priest of Midian, heard what God did for Moses and the Israelites. He took Moses’ wife and two sons and brings them to Moses in the wilderness. After a passionate reunion, Moses shared with Jethro the whole story of how the Lord rescued the Hebrews from bondage to Pharaoh in Egypt.
Jethro rejoiced, saying, “Blessed be the Lord. Now I know that the Lord is greater than all the gods.”
Jethro then made sacrifices to God and everyone feasted.
The next day, Jethro watched Moses settle disputes between the people. “Why do you sit as judge, Moses, while the people stand about you from morning to night?”
“Because the people come to me to seek God. I decide between man and his neighbor and make known the laws of God.”
“But this is not right,” retorted his father-in-law. “You will tire yourself and the people out. Now heed my voice, I shall advise you. You be a representative to God and teach the people of the path God seeks of them. Then find capable men who fear God and trustworthy men who spurn ill-gotten gain. Set these men over the people as chiefs of thousands, hundreds, fifties and tens. Let them exercise authority over the people at all times. They will decide the minor disputes and bring the major disputes to you.”
Moses followed his father-in-law’s advice and set up this system. Then Jethro returned to his own land.

Meet the homeless woman who lives at the Western Wall 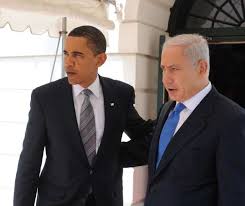