WORLD NEWS
Editor, Daveed Fakheri
Khamenei to the people of IRAN :
YOU Must Obey ME

My Wife's Prison Experience
-My wife Narges was arrested at midnight. She was interrogated all that night till dawn. In the first hours of her interrogation she was insulted in the worse manner. They compared her with whores which resulted in her anger. 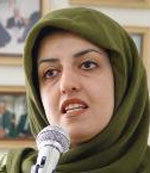 The Eyes and Ears of the Green Movement

Majlis is Kept in Dark of Administration’s Agreements and Decrees

Iran says aiming to put man in space by 2019 IRAN: Will mysterious scientist's movie be 'Mission Impossible' or 'The Talented Mr. Amiri'?
Babylon & Beyond
...a counter strike of psychological warfare, Iran will use the United...kidnapping and return of Iranian nuclear...Shahram Amiri, said news reports this week...movie deal is good news for Amiri, who...information on Iran's clandestine...have a history of extrajudicial renditions...

IRAN: As government uses earthquake fears to move residents out of Tehran, temblor injures 19
Babylon & Beyond
...included residents of the town of Lamerd, Iranian media...that between 50% and 70% of buildings were damaged...official Iranian Students News Agency reported that a total of 12 aftershocks shook the...considered a real danger in Iran, especially in poorly...

Ahmadinejad accuses US forces for bombings in Iran

UN says aid to Gaza should be delivered by land 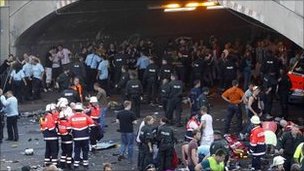 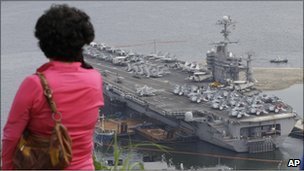 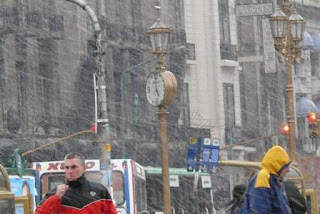 Tribe braces for trouble during ritual on Lake Shasta