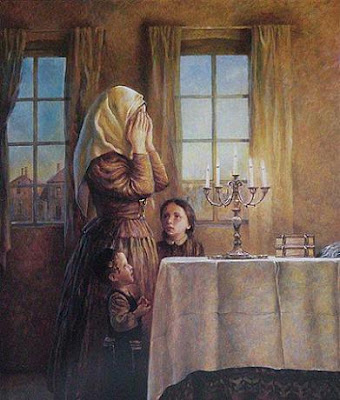 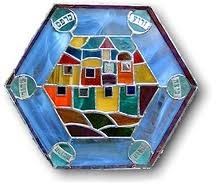 Children of the Exodus 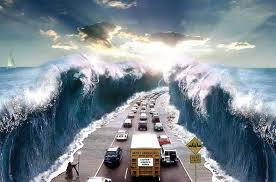 The Exodus not only formed the people of Israel into a
nation, it also shaped the Jewish
eople's image of God as the God of History. Over and
over in Jewish liturgy, reference is
made to the Exodus from Egypt and to "God who has
brought us from the house of
bondage." Reprinted with permission of the author from
The Jewish Way: Living the Holidays. 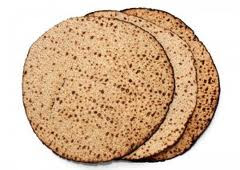 In the Torah reading (Exodus12:21-51),
Moses instructs the elders of Israel in
all of the laws of Passover. All generations
to come are to observe the Passover traditions.
In addition, the children of succeeding
generations are to be instructed at Passover
as to the origin and significance of the festival.
The Torah reading concludes with the last
of the ten plagues: the slaying of the Egyptian
firstborn. Pharaoh summons Moses and Aaron
and tells them that he wants them out of Egypt
as soon as possible. Moses and Aaron comply,
and the children of Israel begin to make a quick
exit, not allowing time for their bread to rise. 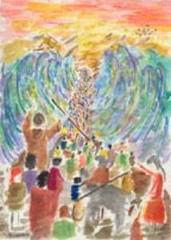 Haftarah for Shabbat Hol HaMoed
Did Israel Deserve Redemption?
Jewish texts have much to say on this subject
By Jeffrey Spitzer
The Passover seder is built upon the idea of expanding and applying Jewish tradition, seeing ourselves as if we ourselves have participated in the Exodus from Egypt. In this article, the author explores a rabbinic midrash--a rabbinic interpretation of a particular question concerning the biblical instructions for conducting the first Passover seder in Egypt. Using this question as an exegetical hook, the midrash explores much larger issues of whether Israel merited redemption or whether God's redemption of the people was essentially an undeserved act of grace. In explaining the rabbinic midrash, the author describes and models a conversation that brings these essential questions about redemption into the present. In effect, he creates modern midrash on a midrash. 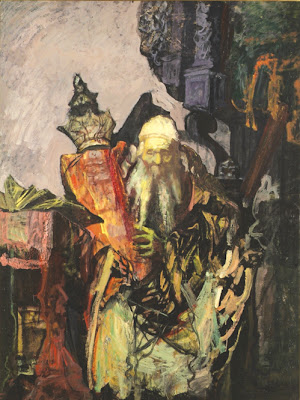 What is Redemption in Jewish Values
Is it ok to do the right thing for the wrong reasons?  How can we respect great men who have made mistakes?  How do we bring core Jewish values into a mainstream audience?
These questions and many more are addressed in this fascinating lecture at Congregation Edmond J. Safra, located on the New York City's Upper East Side, as Rabbi Shmuley Boteach addresses topics such as redemption in Judaism and salvation in Christianity.
In Christianity, Rabbi Shmuley states, there is no redemption without salvation; faith takes precedence over one's actions and salvation is the keystone upon which Christian ideals lay.  With Judaism, however, personal salvation has never been the ultimate goal.
Judaism has always been about redemption and leaving the world a better place than you found it.  Throughout the Old Testament, we are shown example after example of our world's greatest leaders making mistakes, raising the question: How can we still respect them?  Judaism's emphasis, Rabbi Shmuley states, is about world redemption, not personal salvation.  The ultimate goal should be to pick up where the previous generation left off and continue to build upon and improve the world around us.  "The essence of Christianity is saving the soul, the essence of Judaism is saving the world, 'tikkun olam.'" 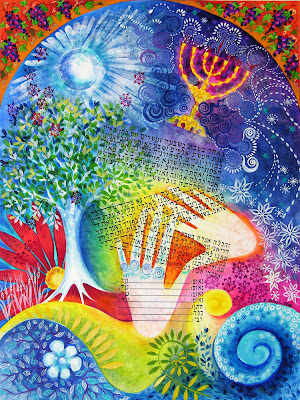