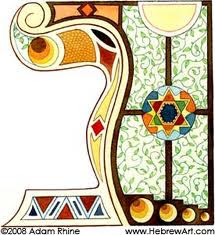 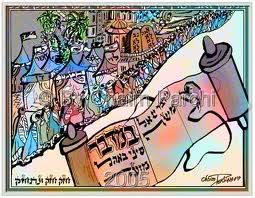 Making Sense of the Census

The prohibition against the direct counting
of the Israelites cautions us to remember the
human faces behind abstract statistics.
By Rabbi Leslie Bergson
This first sedrah (portion) of the fourth book of the Torah takes up the narrative of the
ojourn in the wilderness, and begins with a census of the Israelites by their tribes. It goes
on to detail the order in which the tribes would encamp around the Tabernacle, and the
order in which they would march when they moved. The sedrah ends with a description
of the duties of the Levites in the Tabernacle / MORE
Weekly * Torah Study *
BAMIDBAR 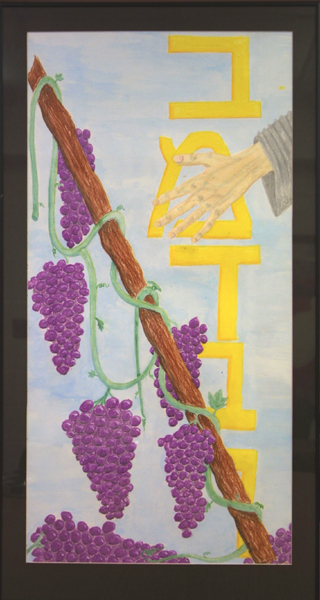 Moses conducts a census of the Israelites;
God describes the unique duties of
the Kohath family of priests.
By Nancy Reuben
God told Moses to, "Take a total count of the entire community of the sons of Israel according to their families, according to their father’s house, counting the names of all males twenty years old and upward."
But the Levites were not allowed to number themselves among them. For you shall appoint the Levites over the Dwelling Place of the Testimony. They shall carry the Dwelling Place of the Tent of Appointed Meeting and minister to it and camp around it. All the other sons of Israel shall camp with their own tribe, according to their divisions, at some distance around the Tent of Appointed Meeting.  / More

The parsha (weekly Torah portion) for the
week ending May 28 is Bamidbar.
Bamidbar means "in the desert" in Hebrew
and is the fifth word (and first
distinctive word) in the portion.

By Talia Davis
The parsha (weekly Torah portion) for the week ending May 15 is Bamidbar. Bamidbar means "in the desert" in Hebrew and is the fifth word (and first distinctive word) in the portion. It is also the name of the new book we are reading, Bamidbar = Numbers. Be sure to check out the cartoons at the end for some great perspectives on these Torah portions.
Numbers is an accurate English name for this book of the Torah as this book is filled with a lot of census numbers and family lineages. The rest of the book is filled with the story of the Israelites from Sinai (where we received the Torah) and Moab where we send the twelve spies to check out the land of Israel. Then there is the exile for forty years after the negative reports from the majority of the spies. Finally, the book ends with the preparations to enter Israel.
This initial parsha tells us about the census of the Israelites and more about the priestly duties. Here is how the tribes break down: 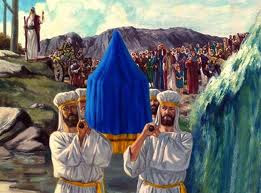 This equals 603,550 male Israelites of fighting age (20-60 years old). That's a lot of people to wrangle in the desert (and we don't know the count of the women and children)!
Now that everyone is accounted for, G-d tells us where to sleep. It's like bunks at sleep away camp but on a larger scale. Basically, the Levis are around the Tabernacle; Judah, Issachar, and Zebulun on the front, or east side; Reuben, Simeon, and Gad on the south side; Ephraim, Manasseh, and Benjamin on the west side; and Dan, Asher, and Naphtali on the north side.
NORTH : Asher. Dan & Naphtali
SOUTH : Gad, Reuben & Simon / Shimon
CENTER : The Tabernacle
North of the Center : Merari
South of the Center : Kohat
West of the Center : Gershon
East of the Center : Priests
WEST : Benjamin, Ephraim & Manasheh
EAST : Issachar, Judah / Yehudah & Zebulun / Zevulun
Next Page

Prof. Amos Frisch
Department of Bible
Studying the structure of biblical books is not an unnecessary extravagance; it is really essential in order to understand the message conveyed by any written work. [1]   The structure of Numbers is rather complex and has evoked a wide spectrum of views.  We shall begin by outlining several of the positions taken on this question, and then shall sketch a new proposal for understanding the structure of this book. [2]
Three, Four, and Five
It appears that the most widespread tendency is to divide the book into three.  For example, M.D. Cassuto (in Encyclopedia Mikra’it) proposes the following structure, without giving the reasons for his proposal:
1)      1:1 – 10:10,  in the wilderness of Sinai
2)      10:11 – 22:1, on the road from the wilderness of Sinai 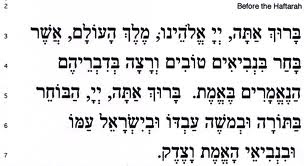 
Though betrayed by Israel's unfaithfulness,
God will reconcile with the people like a
husband who cannot stop loving his wife. 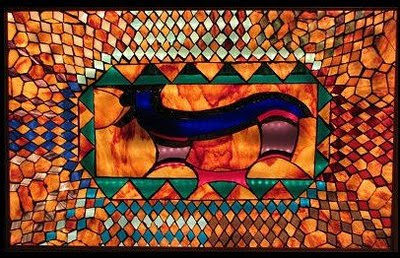 The haftarah selection is from Hosea 2:1-22
The haftarah for Parashat B’midbar, from the Book of Hosea, is a prophecy of redemption. In the opening verses, God promises that the people of Israel will one day be as multitudinous as the sands of the sea. They will be recognized as being children of the living God, and Judah and Israel will assemble together, unified under one leader.
Exclusive: Benjamin Netanyahu  on 'Hannity'
Posted by تنه نزن at 12:41 AM