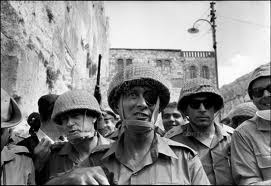 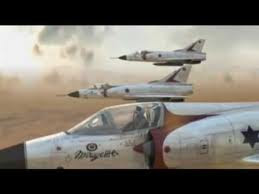 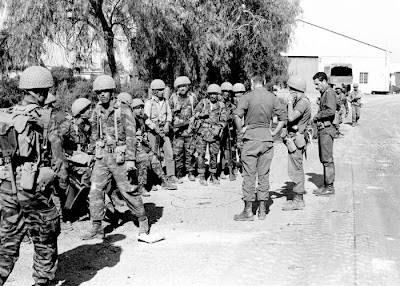 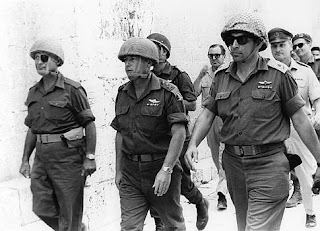 Heroes Of The 6 Day War In jerusalem 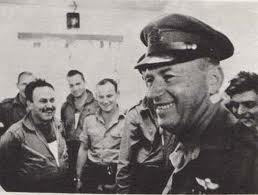 General Rabin The Chief Staff of the Army 1967
ON June 5th, 1967 Israel was attacked by 5 Arab countries with the blessing of all the other Muslims who had the venom of anti-Jewish in their blood. They also enjoyed the support of some powerful countries like  Soviet Union ( now Russia), all of her allies in Warsaw Pact, China, N. Korea, Cambodia, Vietnam, Cuba and all of the 3rd World / Developing Countries such as India, on the top and Millions of Anti-Semite citizens of western world.
But in this uneven battle Israel, bravely and miraculously was able to defeat  the enemies within six days. Israel’s victory brought her expanded boundaries and lands that offered better security for her citizens.  Since then, the defeated Arab countries that arrogantly attacked the tiny Israel (the only place for the Jews on earth to call their own and be able to survive and defend themselves) and were planning to burn it down and throw its citizens into the sea and finish the demonic plans of Hitler and his allies, are shamelessly asking to get those lost territories back!. In actuality , they are trying to get another chance to finish the Jews. It is interesting to note that they are making these demands while they are not even willing to recognize the existence of a Jewish state in the region!
Past and painful, experiences have shown the authoritarian leaders of the Arab countries who are not able to defeat Israel militarily. Therefore they are using new, cheap and inhumane tactics.
These are their plan and facts. To divert attention from their own internal problems, they are using the same centuries old, dirty trick in the anti smites book. They are using the Jews as scapegoat to save their own skin. At the same time, they have no concern for their people’s life, as we see in the news that they are systematically killing, torturing and mass murdering them for requesting freedom, human dignity and a better future for their children.
These leaders and governments have started a new campaign to try to injure the public image of Israel in their countries and the world. They have invented a day and called it ( NAKSA ). On this day they send a mass of their own women and children to cross the borders into the Jewish State.
With no respect for the territorial boundaries of Israel and in the name of ALLAH or ISLAM or BOTH they try to infiltrate into Israel’s land and fight INFIDELS who supposedly OCCUPIED the MUSLIM LAND. But like any other sovereign country in the world, Israeli defense forces have no other choice than defending their citizens and borders. Unfortunately, as a result, some people may get killed or injured.
Using the result of this provoked incident, their representatives of these Arab countries, with the help of some far left liberals and other anti Semites, go to the U.N., Human Rights groups, Amnesty International to make a distorted picture of Israel in the world.
Unfortunately many in the mass media fall in this trap, because they want to. They are taking the side of the underdog without any care for the morality, ethics, right or wrong values. Media outlets such CNN, NPR, AP, Al-Jazirah, Al-Hayat and many others, shamelessly deal with issue with full hypocrisy and double standards. This is very unfortunate, to say the least.
Posted by تنه نزن at 9:52 AM