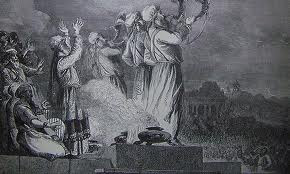 Behaalotecha, Beha’alotecha, Beha’alothekha, or Behaaloscha (בהעלותך — Hebrew for "when you set up,” the 11th word, and the first distinctive word, in the parshah) is the 36th weekly Torah portion (parshah) in the annual Jewish cycle of Torah reading and the third in the book of Numbers. It constitutes Numbers 8:1–12:16. Jews in the Diaspora generally read it in late May or in June.
The parshah tells of the lampstand in the Tabernacle, the consecration of the Levites, the Second Passover, how a cloud and fire led the Israelites, the silver trumpets, how the Israelites set out on their journeys, complaining by the Israelites, and how Miriam and Aaron questioned Moses.

the lampstand, or menorah
God told Moses to tell Aaron to mount the seven lamps so as to give light to the front of the lampstand in the Tabernacle, and Aaron did so. (Num. 8:1–3.)
God told Moses to cleanse the Levites by sprinkling on them water of purification, and making them shave their whole bodies and wash their clothes. (Num. 8:5–7.) Moses was to assemble the Israelites around the Levites and cause the Israelites to lay their hands upon the Levites. (Num. 8:9–10.) Aaron was to designate the Levites as an elevation offering from the Israelites. (Num. 8:11.) The Levites were then to lay their hands in turn upon the heads of two bulls, one as a sin offering and the other as a burnt offering, to make expiation for the Levites. (Num. 8:12.) Thereafter, the Levites were qualified for the service of the Tent of Meeting, in place of the firstborn of the Israelites. (Num. 8:15–16.) God told Moses that Levites aged 25 to 50 were to work in the service of the Tent of Meeting, but after age 50 they were to retire and could stand guard but not perform labor. (Num. 8:23–26.)
At the beginning of the second year following the Exodus from Egypt, God told Moses to have the Israelites celebrate Passover at its set time. (Num. 9:1–3.) But some men were unclean because they had had contact with a corpse and could not offer the Passover sacrifice on the set day. (Num. 9:6.) They asked Moses and Aaron how they could participate in Passover, and Moses told them to stand by while he listened for God’s instructions. (Num. 9:7–8.) God told Moses that whenever Israelites were defiled by a corpse or on a long journey on Passover, they were to offer the Passover offering on the 14th day of the second month — a month after Passover — otherwise in strict accord with the law of the Passover sacrifice. (Num. 9:9–12.) But if a man who was clean and not on a journey refrained from offering the Passover sacrifice, he was to be cut off from his kin. (Num. 9:13.)

Starting the day that the Tabernacle was set up, a cloud covered the Tabernacle by day, and a fire rested on it by night. (Num. 9:15–16.) Whenever the cloud lifted from the Tent, the Israelites would follow it until the cloud settled, and there the Israelites would make camp and stay as long as the cloud lingered. (Num. 9:17–23.)
God told Moses to have two silver trumpets made to summon the community and to set it in motion. (Num. 10:1–2.) Upon long blasts of the two horns, the whole community was to assemble before the entrance of the Tent of Meeting. (Num. 10:3.) Upon the blast of one, the chieftains were to assemble. (Num. 10:4.) Short blasts directed the divisions encamped on the east to move forward, and a second set of short blasts directed those on the south to move forward. (Num. 10:5–6.) As well, short blasts were to be sounded when the Israelites were at war against an aggressor who attacked them, and the trumpets were to be sounded on joyous occasions, festivals, new moons, burnt offerings, and sacrifices of well-being. (Num. 10:9–10.)
In the second month of the second year, the cloud lifted from the Tabernacle and the Israelites set out on their journeys from the wilderness of Sinai to the wilderness of Paran. (Num. 10:11–12.) Moses asked his father-in-law (here called Hobab son of Reuel the Midianite) to come with the Israelites, promising to be generous with him, but he replied that he would return to his native land. (Num. 10:29–30.) Moses pressed him again, noting that he could serve as the Israelites’ guide. (Num. 10:31–32.)
They marched three days distance from Mount Sinai, with the Ark of the Covenant in front of them, and God’s cloud above them by day. (Num. 10:33–34.) When the Ark was to set out, Moses would say: “Advance, O Lord! May Your enemies be scattered, and may Your foes flee before You!” (Num. 10:35.) And when it halted, he would say: “Return, O Lord, You who are Israel’s myriads of thousands!” (Num. 10:36.)
The people took to complaining bitterly before God, and God ravaging the outskirts of the camp with fire until Moses prayed to God, and then the fire died down. (Num. 11:1–2.) 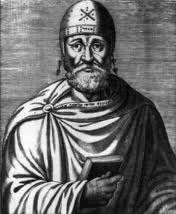 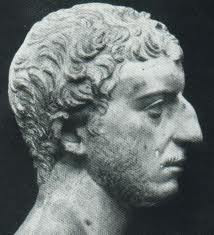 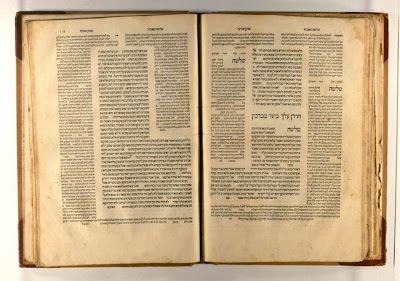