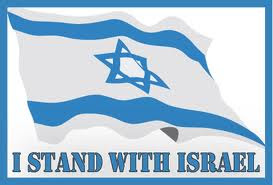 This Week In History
The King David Hotel Bombing
By : MICHAEL OMER-MAN 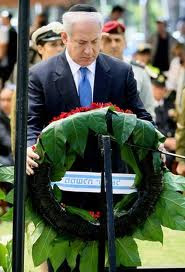 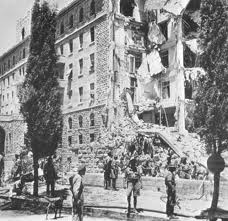 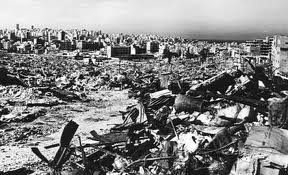 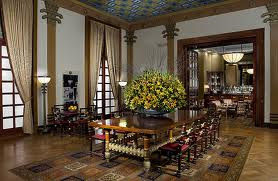 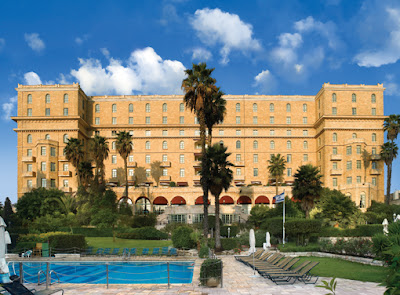 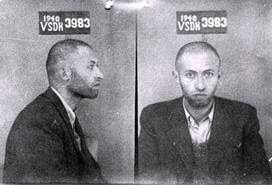 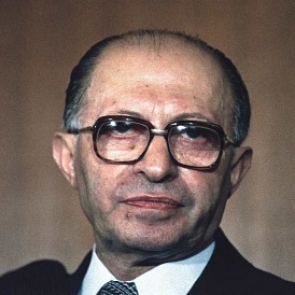 By bombing J'lem hotel, Irgun believed it could send strong message to British, whom it actively fought to end Mandate, establish Jewish State.
On July 22, 1946, three phone calls were placed to the King David Hotel, an adjacent building and to The Jerusalem Post (then The Palestine Post), warning of an imminent bombing. Minutes later, a blast ripped through the historic hotel and then-headquarters of the British Mandate for Palestine’s civilian and military authorities, killing 91 people and injuring nearly 50.
In 1946, the King David Hotel was the headquarters of the British Mandate government, housing much of its intelligence apparatus and top military, intelligence and civilian officials. Several weeks earlier, British authorities had raided the Jewish Agency in Jerusalem and seized a massive amount of secret documents containing sensitive information about Jewish resistance fighters and operations. The documents were believed to have been brought to the British intelligence offices at the hotel for analysis.
The Irgun Zva’I Leumi (Irgun), led at the time by Menachem Begin, was furious about the British raids. The organization feared that details of its operations and the identity of its operatives would be compromised when the seized documents were examined. The Irgun also wanted to retaliate for the arrest of some 2,500 Jews – mostly fighters – in the raids the month before.
By bombing the hotel, the Irgun believed, it could destroy the seized documents and at the same time send a strong message to the British, whom it was actively fighting as part of the Zionist bid to end the Mandate and establish a Jewish state.
On the morning of July 22, Irgun members disguised as Arab hotel workers managed to sneak into the basement kitchen of the King David Hotel carrying milk cans filled with nearly 800 lbs of explosives. The cans were placed near support columns in the hotel’s southern wing, which housed the British military headquarters. Soon after placing the bombs, the Irgun operatives detonated a small explosive outside the hotel, with the intention of clearing the vicinity of civilians.
Shortly after noon that day, a teenage Irgun member made three phone calls in a matter of minutes, warning that a bomb had been placed in the hotel. The first call, placed to the hotel’s switchboard was received but most likely ignored and not passed on to the relevant authorities. The second call was to the French Consulate, situated across the street from the hotel. The final warning call was placed to The Palestine Post, whose employees passed along the warning to British authorities. The final warning call did lead to a search of the hotel in which the bombs were discovered, but it was too late.
Minutes after discovering the suspect milk cans in the hotel’s basement, at 12:37 p.m., a massive blast rocked the King David’s southern wing, causing immense structural damage and killing 91 people, including British military and civilian authorities as well as local Jews and Arabs who were in the hotel at the time.
Following the attack, the British authorities launched a massive wave of arrests targeting Jewish fighters throughout Mandate Palestine. Thousands were rounded up and arrested.
The bombing was nearly universally condemned by both Jewish and British authorities. David Ben-Gurion, in one of many clashes with the rival Irgun, called the organization an “enemy of the Jewish people” in the blast’s aftermath. Relations between Ben-Gurion’s Hagana and Begin’s Irgun never recovered, ultimately resulting in the end of the Irgun as an operative military organization two years later with the Altalena incident.
Despite the target of the bombing being the British Mandate military headquarters, the attack was widely considered an act of terrorism at the time due to the high number of civilian casualties it caused. To this day, the British refer to the bombing as a terrorist attack. Most recently, the British protested a 2006 ceremony commemorating the 60-year anniversary of the bombing held at the hotel, attended by now-Prime Minister Binyamin Netanyahu.
The bombing, which remains the deadliest to have taken place in Israel since, is rarely called an act of terrorism today in Israel. Part of the long campaign for independence against the ruling British Mandate government at the time, it is thought of as one of several key events that led the British to reevaluate their long-term presence in then-Palestine. Although not directly, it would be difficult to diminish the importance of role that the King David Hotel bombing played in ending the Mandate, helping lead to the establishment of the State of Israel less than two years later.
Posted by تنه نزن at 1:15 PM