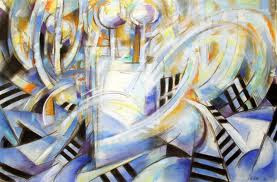 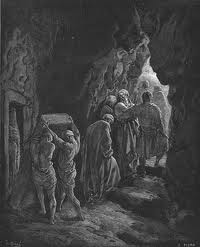 Living a Full Life
By,Guy Izhak Austrian
Even though this week's Torah portion is titled,
"The Life of Sarah," it begins and ends with
death: Sarah's and Abraham's.
They both lived well into their 100's,
but is longevity the only way to
measure a meaningful life? MORE>


Sarah dies at 127 years of age in Hebron in the land of Canaan.
Abraham mourns her, then asks property owners there
to grant him burial space so that he may bury his dead out
of his sight. Knowing that Abraham is ennobled by
God, they are willing to give Abraham the choicest land,
but Abraham insists on paying for it.
Only then does Abraham bury his wife in the cave of
Machpelah in the land of Canaan. 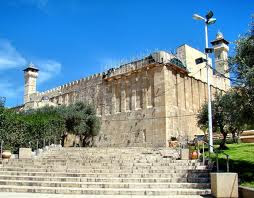 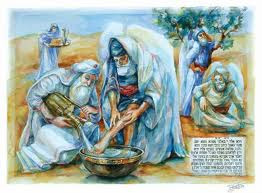 In David's weakest moment,
his throne becomes vulnerable
BY the Staff of MyJewishLearning 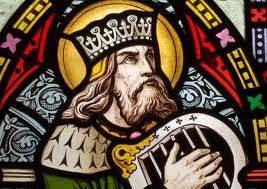 In Parashat Lekh Lekha, God promises Abraham
that he will be the father of a great nation.
Abraham's hope for the future was embodied
in his son Isaac, but in this week's parashah,
Haye Sarah, as the patriarch nears death,
the prospects for a dynastic family seem dim.
Isaac and his wife Rebecca have yet to even

How to Read the Story
of Sara's Burial?
Author Rabbi Yuval Sherlo
First let us clarify the function of the cantillation signs: the tropes, as they are called (Hebrew: ta`amei ha-mikra) indicate the function or syntax of each word or compound in the sentence. Though they have a tune, the tropes do not strictly serve as melody, but as an indication how to parse the verse. However, the length of the individual verse is their limit. They do not indicate the tone in which to read the entire passage, nor do they determine its nature.  Even though we read the entire Torah with the same tropes, we often read a given narrative as a happy story or as a sad one, and in line with his/her choice, the reader sets the tone in which the congregation understands the words of the parasha  Continu
Eyal Golan
Posted by تنه نزن at 4:17 PM