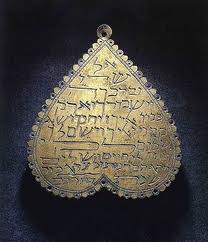 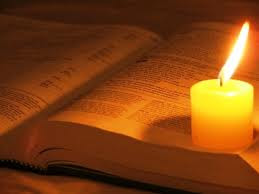 The Path to Reconciliation
How do you keep the past alive
without becoming its prisoner?
By Carol Towarnicky
In Parashat Vayishlah, Jacob makes plans to return to the land he had fled 20 years before. Assuming that his twin brother Esau still wants revenge for being defrauded of their father's blessing, Jacob devises several contingency plans. Yet, when the two brothers finally meet, Esau runs to embrace him.  Jacob declares, "When I see your face, it is like seeing the face of God (Genesis 33:10)."
Many medieval commentators hold Jacob blameless in the betrayal of Esau and explain his use of obsequious language and flattery during their reunion as a clever ploy to protect his family rather than an acknowledgment of wrongdoing. Some contemporary readers see the story as one of genuine forgiveness. Jacob wrestles with an angel--that is, his conscience--and is changed. Esau finds it in himself to respond to his brother with love.


Weekly * TORAH * Reading
PARASHAT
* VAYISHLACH *
Jacob and family return to Canaan to face Esau, after which Dinah is raped and two of Jacob's sons exact revenge.
By Nancy Reuben
Many years after his marriages to Rachel and Leah, Jacob received word from God that it was time to return home. Jacob sent messengers ahead to meet his brother Esau. "Tell him that his servant Jacob has been with Laban until now. Tell him that I have acquired herds and flocks and servants. Tell him I seek favor in his eyes."
The messengers soon returned. "Your brother is coming to meet you, but there are 400 men with him."
Gifts for Esau
Jacob was very much afraid of his brother (because Jacob had deceived their father into giving him the special first-born blessing that was meant for Esau). So Jacob divided his camp saying, "If Esau strikes down one camp, the other will escape."
Thereupon Jacob said, "O God of my father Abraham and God of my father Isaac, God who says to me to return to my country and that the Almighty will do good to me. Deliver me, I pray, from the hand of my brother, for I fear he shall kill me and my family, even though you promised to make my descendants like sand in the sea."
That night Jacob set aside gifts for Esau from his herds and property. He instructed his servants to go one by one, with space in between, to present Esau with these gifts. 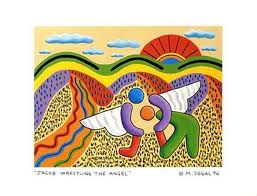 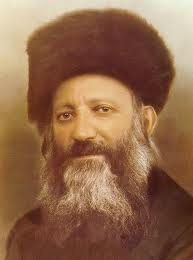 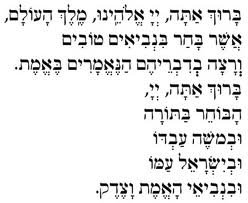 * HAFTARAH *
for Vayishlah
Obadiah, the shortest book in the Bible, clocking in at only 21 verses in a single chapter 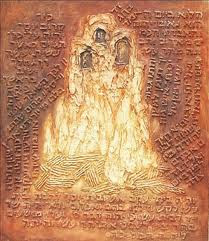 The haftarah for Vayishlah is the entire book of
Who Was Obadiah?
According to rabbinic tradition, Obadiah was a convert to Judaism from Edom and a servant in the court of Ahab and Jezebel, the king and queen of Israel. Though it's not clear exactly when he lived, his prophecy is mainly concerned with how the Edomites mistreated the Israelites, which was likely in the aftermath of the destruction of the first Temple.
The Edomites lived south of Jerusalem and probably took advantage of an already downtrodden nation. As a result, Obadiah predicts that the Edomites will suffer greatly in punishment for their cruelty.
Posted by تنه نزن at 6:37 PM