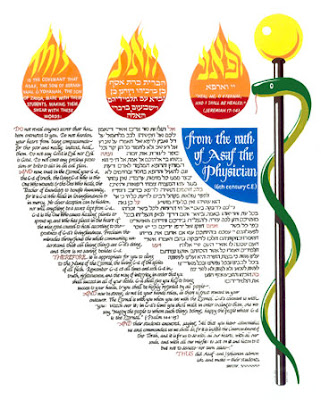 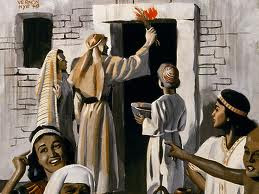 ?Does One Crime Justify Another
Retaliation 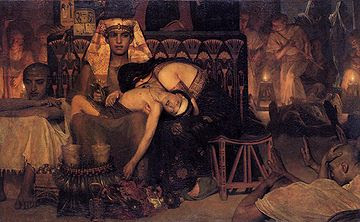 The Death of the Pharaoh’s Firstborn (1872 painting by
Lawrence Alma-Tadema)
By Rabbi Suzanne Singe
Even if we consider the murdering of every Egyptian first-born male retributive payback for Pharaoh's earlier order to kill our newborn Hebrew males, we still must ask: do two wrongs make a right?
God's hardening of Pharaoh's heart in Exodus 10:1 presents a theological problem on two levels. First, if God is the agent of Pharaoh's behavior, what does that imply about Pharaoh's free will? Second, if God hardens Pharaoh's heart in order to demonstrate God's power, we must ask: At what price the Israelites' liberation? Indeed, the ultimate result of Pharaoh's stubbornness is the murder of every first-born Egyptian male. Even if we consider this to be retributive justice, payback for Pharaoh's earlier order to kill all newborn Hebrew males, we still must ponder: Does one heinous crime justify another? And how do we come to terms
with killing innocent children 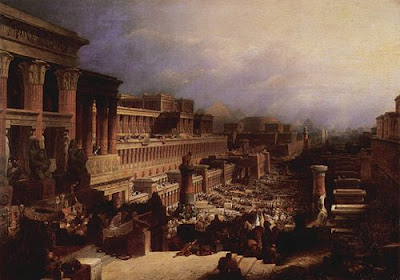 The Exodus of the Israelites from Egypt
(1830 painting by David Roberts)
The first Passover
God told Moses and Aaron to mark that month as the first of the months of the year. (Exodus 12:1–2.) And God told them to instruct the Israelites in the laws of Passover, and the Israelites obeyed. (Exodus 12:3–28, 43–50; 13:6–10.) (See Commandments below.)
[edit] 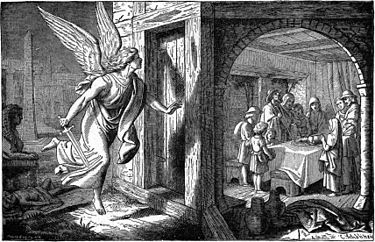 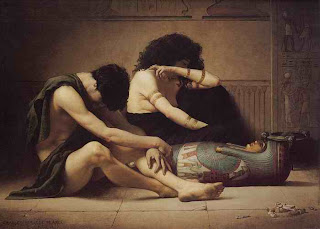 In the middle of the night, God struck down all the firstborn in Egypt. (Exodus 12:29.) Pharaoh arose in the night to a loud cry in Egypt, summoned Moses and Aaron, and told them to take the Israelites and go. (Exodus 12:30–32.) So the Israelites took their dough before it was leavened, borrowed silver, gold, and clothing from the Egyptians, and left the Land of Goshen for Sukkot. (Exodus 12:34–37.) God instructed Moses to tell the Israelites to consecrate to God every firstborn man and beast, and Moses did so. (Exodus 13:1–2, 11–15.)

* HAFTARAH for BO *
The haftarah for the parshah is Jeremiah 46:13–28.
Connection to the Parshah 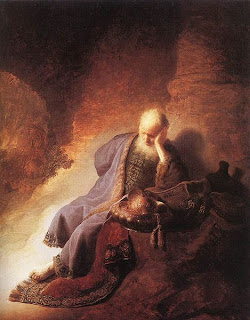 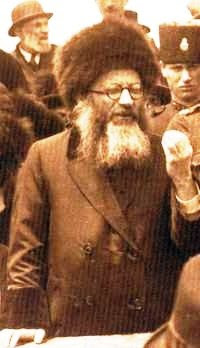 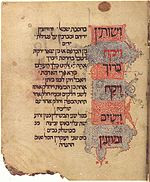 A page from the 14th century Kaufmann Haggadah
Eleven Articles