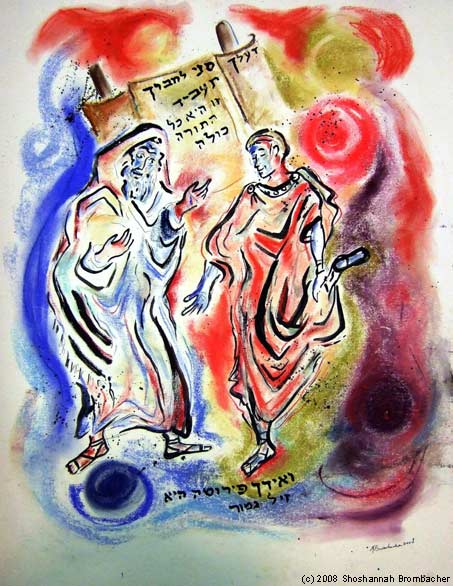 SHALOM AND ... BY RUSSIAN SINGERS 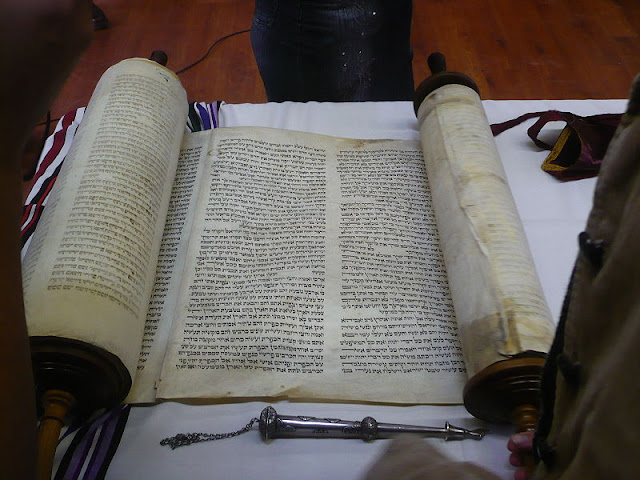 a reconstruction of Solomon’s Temple in Jerusalem,
the site that God would choose as God’s habitation,


within the meaning of Deuteronomy 12

in the Land of Israel OF PEACE IN ISRAEL

How Parashat Re'eh illuminates the
necessity of peace for growth of a nation.
By Rachel Farbiarz
In Parashat Re'eh, the Israelites are given intimation of the shape of their future society across the Jordan River.
The portrait of the Israelites' world-to-come generally radiates an exuberant sense of well-being--reflecting a society contentedly organized and functioning smoothly.
The desert nomads are regaled with how they will yearly process to a central site for the dedication of their agricultural bounty. Here, they will "rejoice before the Lord your God with your sons and daughters and with your male and female slaves…" And if the way is too long to travel with such plenty, the pilgrim will exchange his bounty for money to spend at God's designated site on "anything you may desire" (Deuteronomy 12:12, 14:23, and 14:25-26). MORE> 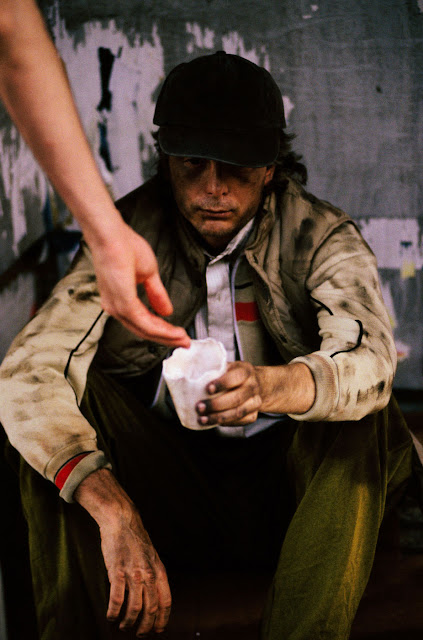 By Nancy Reuben Greenfield
In his last speech to the Israelites, Moses warns them, "If you follow God's laws, you will be blessed more than all the peoples of the earth.
However, if you worship false idols and ignore the other commandments, then you shall be cursed and perish.
"These are the statutes which you are to carry out. You shall utterly destroy the places where the nations, whose property you are taking over, served other gods. You shall destroy their altars, break up their memorial stones, burn down their sacred trees, cut down the images of their gods, and you shall obliterate their gods from that place.

The Purpose of Kashrut,
from Women of Reform Judaism
Seeing is Believing,
from Union for Reform Judaism
Restoring Wealth and Dignity,
from Hillel
Lessons for Former Slaves,
from AJWS

Open Your Eyes and See,
from Jewish Outreach Institute
It's in the Blood,
from CLAL 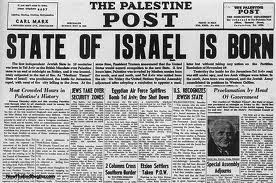 The haftarah selection is from Isaiah 54:11-55:5.
In the seven weeks after Tisha B'Av we read a series of haftarot from the book of Isaiah that focus on themes of consolation.mary of the Parashah
These haftarot are meant to comfort a nation that has just mourned for the destruction of its most sacred space and the exile from its homeland.

Isaiah's prophecy in the haftarah selection for Re’eh focuses on how the downtrodden Israelites will once again rise to glory. Their buildings will be made of precious stones, their children will be raised in peace, and their cities will be safe. God reminds the people that no harm can come to them without His consent. If He decides that they will be strengthened and restored, this will happen. Isaiah promises that with the God's help, the people of Israel will be invincible.
In the second half of the haftarah, God continues in the same vein, but adds a stipulation: the people must turn to Him in order to reap the rewards He promises. "Give heed to Me, and you shall eat choice food and enjoy the richest dishes" (55:2). God promises that just as He brought David up from his common roots, and made him royalty, so shall the people be lifted out of their destitute situation.