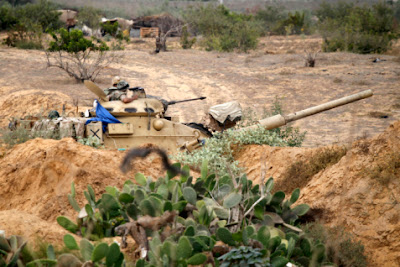 Alabama Prof. Uncovers 2,000-Year-Old Village in Northern Israel ”Shikhin,” in northern Israel, is mentioned many times in the Talmud. Its location had not been known until a US-led team of archaeologists found it, along with an ancient synagogue. led team of archaeologists has announced it has discovered the site of Shikhin in the Lower Galilee, which is mentioned even before the Second Temple by the Jewish historian Flavius Josephus and which existed after the destruction of the Temple. The Talmud mentions Shikhin as a village of potters near Tzippori, which was a Talmudic center after the destruction of the Second Temple. 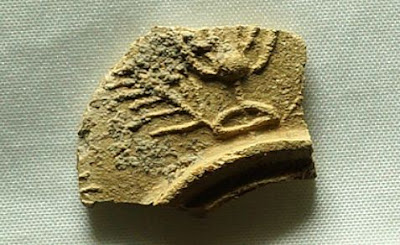 Josephus wrote that Shikhin as one of the earliest Jewish settlements in the Galilee at the time of the Hasmonaean rule about 140-63 B.C.. Religion Prof. Riley Strange, of Alabama’s Samford University, led a team of David Fiensy of Kentucky Christian University and Mordechai Aviam, of the Kinneret Academic College, and students and researchers, many of whom worked for nearly two years at the site approximately five miles northwest of Nazareth. They found an ancient synagogue, houses and massive evidence of pottery production in the ancient village of Shikhin, near the ancient Talmudic center of Tzippori. “The site of the discovery has been abandoned, except for agriculture, ever since the mid-fourth century A.D.,” said Prof. Strange. “The buildings came down and people used its stones in other nearby buildings, then those buildings were destroyed and the stones were re-used again.” Like Tziporri, where ongoing archaeological digs have come up with numerous discoveries, Shikhin flourished as a Jewish village while co-existing with Christian neighbors. 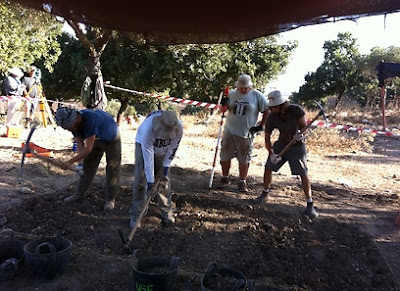 The archaeologists uncovered a large number of molds that are proof that the village potters produced various types of seven-branched oil lamps in addition to common pottery forms. One small fragment of an oil lamp is decorated with a Menorah and Lulav, the palm branch used on the holiday of Sukkot. The discovery is considered highly significant and opens up a treasure chest that sheds more light on the rich culture of the period and of the economic and religious lives of Jews in an era when Christians began to be influential.