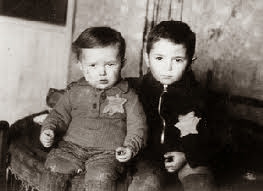 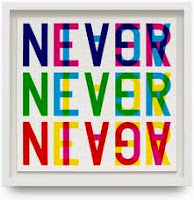 
A Medical Prescription by Maimonides

Moses Maimonides’ Regimen of Health was written in 1198 for the Egyptian sultan Afdal Nur al-Din Ali who suffered from attacks of depression accompanied by physical symptoms. Maimonides teaches that physical convalescence is dependent on psychological well-being and rest.

“. . . It is known to our sovereign, may God prolong his days, that the passions of the soul greatly alter the body in ways obvious to any observer. Consider a man with a powerful build, booming voice, and radiant face. If he were suddenly to receive news which greatly saddened him, in that instant you would see his complexion become pale, the radiance of his face fade, his bearing slacken, and his voice drop. Even if he were to struggle to raise his voice, he would not be able to. His strength would wane, he might tremble because of weakness, his pulse would diminish, his eyes would become hollow, his lids would become too heavy to move, his skin would turn cold, and his appetite would subside. The cause of all of these effects would be the natural heat and the blood withdrawing deeper into the body.
Conversely, consider an individual with a weak body, pale complexion, and feeble voice. If he were notified about something which greatly delighted him, you would see his body become strong, his voice rise, his face brighten, his movements quicken, his pulse increase, his skin warm up, and joy and delight become so apparent that he would not be able to conceal them. The cause of all of these effects would be the movement of the natural heat and the blood toward the surface of the body.
The characteristics of the fearful, anxious person and of the confident, relaxed person are known; similarly, the characteristics of the vanquished and of the victorious are obvious. Whoever is vanquished can hardly see anythings because his visual spirit is diminished and dissipated. However, the vision of the victorious person increases in such a massive way that the light of the atmosphere appears to have increased and grown. This is so obvious that it is not necessary to dwell on it. 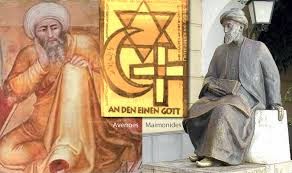 For this reason physicians have recommended constant concern for, and awareness about, the soul’s movements, as well as concern for putting them into equilibrium at the time of health and sickness-giving no other treatment precedence in any way. The physician should desire that every sick person and every healthy person be constantly cheerful and relieved of the passions of the soul causing depression. In this way the health of the healthy will endure. This is foremost in curing every sick person, especially those whose sickness pertains to the soul-like those with hypochondria and morbid melancholia. Indeed, concern about the soul’s movements ought to be strongest for these people, as well as for anyone overwhelmed by worry, obsessive thoughts, apprehension about things not such as to produce apprehension, or anyone who is only slightly cheerful about cheerful things. For all of these people, the skillful physician should place nothing ahead of improving the condition of their souls by removing these passions.
However, insofar as he is a physician, the physician ought not to expect his art to provide knowledge of how to remove these passions. Indeed, this understanding is acquired from practical philosophy and from the admonitions and disciplines of the Law. For just as the philosophers have composed books about the various sciences, so too have they composed many books about improving moral habits and disciplining the soul to acquire the moral virtues so that only good actions stem from it.
They warn against the moral imperfections and teach every man who finds one of these moral habits in his soul the way to eradicate it so that the state of character leading to all evil actions disappears. Similarly, the disciplines of the Law, admonitions, maxims taken from the prophets (may peace be upon them) or from their followers, and knowledge of their virtuous lives improve the moral habits of the soul so that it obtains virtuous dispositions and only good actions stem from it.
Therefore you find these passions have a very great influence only on those individuals having no knowledge of philosophic ethics or the disciplines and admonitions of the Law-such as youths, women, and foolish men. For due to the excessive tenderness of their souls, these people become anxious and despair. If harm touches them and one of the calamities of this world befalls them, anxiety increases and that they cry out, weep, slap their cheeks, and beat their breasts. Sometimes the misfortunes become so great in their eyes that one of them dies, either immediately or after a while, due to the worry and grief which overwhelm him.

Similarly, if these individuals obtain one of the goods of this world, their joy thereby increases. Due to their souls being poorly disciplined, such individuals suppose that they have obtained a very great good, and their wonder and exultation greatly magnify what they have obtained. Because of that, they are greatly moved and their laughter and frivolity increase to the point that some of them die from excessive joy. This is due to exhaustion of the spirit from the intensity of its suddenly tending to be outside of itself, as Galen mentioned. The cause of all this is the soul’s excessive tenderness and its ignorance of the truth of things.
Now it is persons trained in philosophic ethics or in the disciplines and admonitions of the Law whose souls acquire courage. These are the truly courageous; their souls are only swayed and affected in the slightest possible way. The more training an individual has, the less he is affected by either of the two conditions-I mean, the condition of prosperity or of adversity. Even if he obtains one of the greater goods of this world, which are the ones the philosophers call presumed goods, he is not moved by that; nor do those goods become great in his eyes. Similarly, if one of the greater evils of this world befalls him, which are the ones the philosophers call presumed evils, he does not become anxious nor despair, but endures it nobly.
A man acquires this disposition in his soul by considering the truth of things and by knowing the nature of existence. Even if a man possessed the greatest good of this world during his whole life, it would be very insignificant, because it is a perishable thing and because man, like all the other kinds of animals, must die. Similarly, if the greatest evil of this world is contrasted with death, which is inevitable, that evil is undoubtedly inferior to death. Therefore one should be less affected by that evil, since it is inferior to what is inevitable.
It is fitting that the philosophers called the goods and evils of this world, presumed goods and presumed evils. Indeed, how many of those goods are presumed to be good while being in truth evil, and how many of those evils are presumed to be evil while being in truth good? Again, how vast an amount of money and how many vain possessions has a man acquired which caused the corruption of his body, the degeneration of his soul through moral imperfections, the shortening of his life, his drawing away from God (may He be exalted), and separation between him and his Creator? Does that not give him everlasting misery? Moreover, how much money has been stolen from a man or how many possessions wrested away which caused the improvement of his body, the ennobling of his soul with moral virtues, the lengthening of his life, and his coming closer to his Creator by devoting himself to His worship? Does that not give him everlasting happiness?
Now the servant could speak about the length or shortness of life only by relying upon the opinion of the physicians, the philosophers, and some of the adherents of the religious laws prior to Islam. In sum, most of what the multitude presumes to be happiness is in truth misery, while most of what it presumes to be misery is in truth happiness.

It is not the purpose of this treatise to explain the truth of these matters, to comment on them, and to teach the ways to them. Much has already been composed concerning this in every age and by every wise nation which has studied the sciences. The servant only offered this advice as an indication of how to accustom the soul to diminish the passions by studying books on ethics, the disciplines of the Law, the admonitions, and the maxims spoken by intelligent men. In that way the soul will be strengthened and will see the true as true and the false as false. Thus the passions will diminish, (obsessive) thoughts will disappear, apprehension will be removed, and the soul will be cheerful in whatever condition a man happens to be.
Here is a very good thing to reflect upon. By it, bad thoughts, worries, and griefs are diminished. Sometimes they can even be completely destroyed, if a man holds this reflection foremost in his mind: Namely, whenever a man thinks about something that distresses him, and worry, grief, or sadness crop up in him, it can be due only to one of two things: either he is thinking about a matter that has already taken place, like someone who thinks about something that happened to him, such as the loss of his money, or about the death of someone dear to him; or else he is thinking about matters he expects and whose advent he dreads, like someone who thinks and talks about the advent of any disaster he expects. Now intellectual reflection teaches that thinking about what has taken place and has happened is of no benefit at all, and that sadness and grief about matters that have passed and gone are due to faulty understanding. There is no difference between a man’s being grieved because of the loss of his money or similar things and his being grieved because he is a man and not an angel or a planet, or similar thinking about impossible things.
On the basis of this reflection, acts of thinking leading to depression about something that is expected to come to pass in the future ought also to be abandoned. That is because everything that a man expects is within the realm of possibility: it may take place or it may not take place. Hence, just as he becomes distressed and grieves lest what he expects occur, so too he ought to delight his soul with anticipation and hope that perhaps the opposite of what he expects will take place. After all, the expected matter and its opposite are both possible.”
-Maimonides, Regimen of Health, Chapter 3