" Flotilla Choir Presents "
We,
( The Turks With the Other Fanatic
Muslims And the Bloody Anti-Jews
And Anti- Israel  )
Con the World
Ben Zev
UN chief wants raid inquiry 'Rachel Corrie' may arrive by Saturday
Activists on board Gaza-bound Irish ship  say they will not resist if IDF troops board vessel!1
tanehnazan : only because they are not Arabs, Turks or any other Muslims They are coming from the civilized nations who care for the Human lives  and the Human Causes )


*tanehnazan: No need for the U.S. Administration to be disappointed if the Flotilla is'nt " a Humanity Ship ". Like the United States Of America who is defending its Citizens in the Persian Golf, Iraq and Afghanistan, Israel must do everything in its power to prevent any harm from Terrorist organizations to its citizens!American Administration has enough to be " Disappointed " about ( like horrible wrong doing in foreign And domestic diplomacy ) which caused so much financial and moral damage to its citizens.

tanehnazan / Mr. Erdogan Read The History Of Your Own! You Are Not A Friend Of Israel Or Can Be The Friend Of The JEWS, Or the Armenians Or the Greeks Or the Arabs ..... We Already Know Mr. Erdogan That :

With the FRIENDS Like you Nobody Needs ENEMIES!
Daniel in the lions' den draws fangs; Muslims deny flotilla lynch-mob- then become one

Paris Fakheri
A loud and angry mob of pro-Arab demonstrators outside the Israeli consulate in Los Angeles on Tuesday became even more enraged when one, lone Jewish high school student with a yarmulke and a large Israeli flag marched fearlessly alongside them.
The young man, whose name was later learned to be Daniel Pereg, seemed to be unmoved by the angry curses hurled at him by the American-Arab crowd. Though protected by a line of policemen, it appeared he could be attacked at any moment.


The Gaza Flotilla and the Maritime Blockade of Gaza
Legal Background- 31 May 2010
Dariush F. 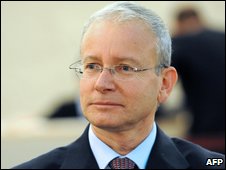 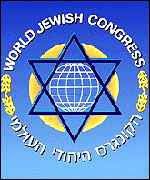 tanehnazan/ Thank you Sir ,it seems that Not every one in Mr. Obama's Administration is Out Of His Mind!. 'Raid delays sanctions vote'
tanehnazan/ Mr. President You have not to bring any excuse up to delay sanctions on IRAN ( as you have been doing it in the past 1/5 years! ) So please don't put this irresponsibility  of yours on the shoulders of the JEWISH STATE! tanehnazan/ Mr. Ban Ki-Moon How about the Cuba's report to your office ( June Second 2010 ) asking you TO END the U.S. Blockade of The ILAND?. How the h...  you want to ORDER U.S. to lift it's Blockade of Cuba? To deal with America is not as easy as dealing with Israel as YOU KNOW!.
Pictures : " Shalev  ",The  Israeli Ambassador in U.N & " Ban Ki-Moon " PM: Israel-Canada ties stronger than ever