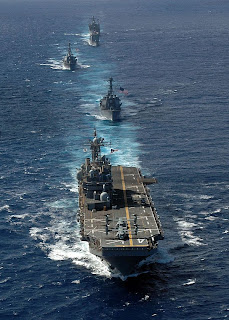 
Dariush F.
Rod Blagojevich is the former Illinois Governor who tried to sell Obama's seat in congress.
Obama was asked, by the press, if he had ever met Gov. Ron Blagojevich.
Barack Obama: "I only saw Rod Blagojevich one time ... and that was in the stands and from a distance at a  Chicago  Bears Football Game."

Rod Blagojevich, Barack Obama and Richard Daley during a rally in  Chicago , April 6, 2007
(Photo Reuters)
To understand the next 4 years, you have to understand the ?world according to  Chicago .
While  Chicago  is a city in  Illinois , it is almost a completely different country when it comes to politics,
with a whole different set of morals and language.
There are only three rules and a Prime Directive which anybody can understand.  You don't even need an attorney to understand them --and if you need an attorney, well, you know too much...so look out for Rule #3!
RULE #1...No matter what you see, hear, or do --you don't know anybody and you don't know nothing!
RULE #2...If you capture something on tape or camera -- it doesn't reveal nothing!
RULE #3...If you know what everybody knows in  Chicago --well, you still don't know nothing.
The PRIME DIRECTIVE in  CHICAGO  ...No matter what the vote Democrats win the election.
Now pay close attention!
It's very simple....we'll illustrate.  Remember, you know nothing.
These two? They don't know each other!  They said they didn't.

The fellas in this picture  They never actually met face to face. What fellas?  We don't see nothing!

The guy on the left?  For all you know he's Santa Claus.
And the guy on the right... well, he's the Easter Bunny!  That's all you need to know.
Go to your eye doctor...your eyes are lying to you!  Ca'pish?

Remember Jimmy Hoffa?  He knew too much and now, well, now no one knows where he is.
Is the big picture clear?  Not these pictures!  Remember, You've already forgot them...

Now, ain't that simple?
They don't know each other and they never met!
How is that possible?  'cause they said so! And don't forget it!
P.S.  If you pass this on to your friends, don't forget, you know nothing and they will know nothing.
Chicago ,  IL

Bahram Rafiee
The departure of the USS. Truman and 12 warships to the Persian Gulf to join or replace USS. Eisenhower, and the passage of the fourth Security Council sanctions resolution against Iran this month with its focus on the Islamic Passdaran Revolutionary Guards Corps (IRGC), internal IRGC bulletins have described the regional atmosphere as warlike and announced military mobilization in the country to confront the situation.

Shocking Figures from the Capital:

Nazanin Kamdar
While state-run media use Europe and U.S. depression and suicide rates to claim that the West is disintegrating, a report by the Aria Strategic Studies Center revealed that 58 percent of Tehran residents suffer from severe and mild depression. Meanwhile, Tehran’s police chief announced that the addiction age has decreased and Tehran has passed the “critical point” in this area.

Motalefe’s Time to be Outcast

Mohammad Reza Yazdanpanah
A week after the eight Majlis passed heated legislature in support of Iran’s largest institution of higher education Azad University the battles by others and competing members of the parliament continue.

Fereshteh Ghazi
Mansour Osnaloo’s family called for in investigation into the beating of the family’s young daughter-in-law. In an exclusive interview with Rooz, Mansour Osanloo’s wife said, “My daughter-in-law was two months pregnant and we didn’t know. After the attack she was bleeding heavily, and when we looked into it, it turned out that she was two months pregnant. Unfortunately she suffered a miscarriage.”

Hamid Ahadi
Two days after the United States Congress passed tough new sanctions aimed at restricting Iran’s import of petroleum products, in a hurried announcement the Ahmadinejad administration claimed that Iran will achieve self-sufficiency in petroleum production by the end of the year to neutralize the impact of the sanctions.

Regime Repeating Saddam’s Injustice Against Me

Kayvan Bozorgmehr
Political prisoner Abdollah Momeni is a senior member and spokesperson for the Advar Tahkim group, Iran’s largest reformist student organization. In an exclusive interview with Rooz, Momeni’s wife Fatemeh Adinehvand said that the Iranian regime was repeating the injustice that Saddam Hossein inflicted on her by killing her husband.

Kaveh Ghoreishi
In exclusive interviews with Rooz, Iranian refugees in the Iraqi Kurdistan reveal their desperate living conditions, uncertain fates, absence of security and unresponsiveness of the United Nations in processing their cases.

Nazanin Kamdar
Only one day after 134 Majlis representatives voted to donate Azad University’s endowment, media outlets affiliated with the administration framed the vote as disobedience to ayatollah Khamenei’s expressed will and unleashed massive attacks against the lawmakers voting in support of the bill.

Rafsanjani and Khamenei’s Relations in Decline

Nazanin Kamdar
Assembly of Experts and Expediency Council chairman Hashemi Rafsanjani announced for the first time that he has reduced relations with the Islamic Republic supreme leader seyed Ali Khamenei. He also criticized Khamenei for his “silence toward the elimination of the clergy” and said that Mahmoud “Ahmadinejad has put the regime’s achievements on sale.” FM Mottaki tells reporters, 'Countries which played key role in imposing new sanctions against Iran—like England, America and France — got what they deserved in soccer tournament'

The Source Of President Obama's Anti-Israelism 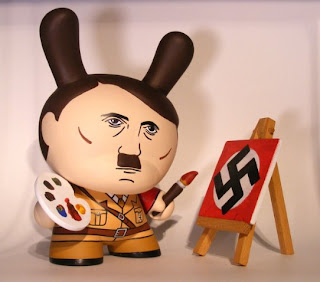 NO CHANGE!
CNN's Christian Amanpour that in there  asks Ahmadinejad a question during a (6-14-09) press conference
Posted by تنه نزن at 1:21 PM