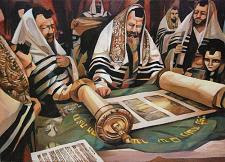 WEEKLY TORAH PORTION
PARASHAT VAYEHI
Exile--An Absence of Judaism
The descent into Egypt and Jacob's death left his family in an alien culture, forced to find a context for their traditions within themselves. MORE>
A summary of the portion
VAYEHI
On his deathbed, Jacob blesses his sons
and asks them to bury him in Canaan. 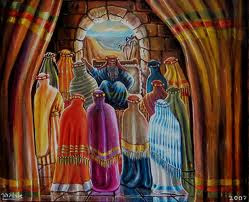 Jacob Blesses Joseph's Sons
Jacob and all his sons and their families are now settled in Egypt with Joseph, who is the second-most powerful man in the Pharaoh's kingdom.
Jacob lived in Egypt for 17 years and he was 147 years old. Jacob (also called Israel) said to Joseph, "If I have found favor in your eyes, then swear to me that you will not bury me in Egypt, but with my fathers in Canaan."
Joseph agreed, then later received word that his father was dying. Joseph took his two sons, Menashe and Ephraim, to see Jacob. Jacob sat up in bed, saying, "God, the All-Sufficing, appeared to me in the land of Canaan and blessed me. God said to me, ‘Behold, I will make you fruitful and will multiply you, and I will let you become a community of nations and will give this land to your seed after you as an everlasting possession." 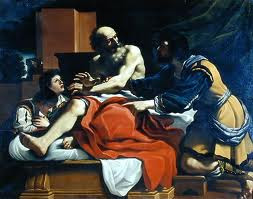 A summary of the Haftarah
Haftarah for Vayehi
Parashat Vayehi describes the preparations Jacob makes for his death. He methodically bids farewell to his children and grandchildren and directs them to bury him in Canaan.
Last Words of Advice
Finally, Jacobs delivers a poetic statement (in some cases, a blessing) for each of his twelve sons. Having gotten in the definitive last word, we are told: "When Jacob finished his instructions to his sons, he drew his feet into the bed and, taking his last breath, he was gathered to his people" (Genesis 49:33). 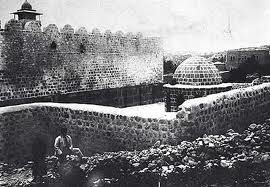 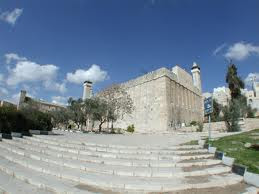