Does anybody really Care?!.

by Gil Ronen
Israel news
As five members of one Jewish family were being laid to rest, news of their sadistic massacre had all but disappeared from the world's leading news websites. As of 11:00 AM EDT Sunday the item was completely missing from CNN's homepage, while appearing in a low spot on both the BBC and FoxNews websites.
The latter two news outlets headlined the Israeli government's decision to build 500 new homes in Judea and Samaria rather than the funeral of the family.
FoxNews used text it received from the Associated Press, which did not use the word "murder" to describe the crime, but rather said that the Fogels were "knifed to death" and referred to what happened as "killings." While noting that three of the victims were children, it did not note that the youngest was a three-month-old girl and another was a three-year-old boy.
'Radical settlers'
The Associated Press / Fox News piece did see fit to note that the attack took place "in Itamar, home to some of Israel's most radical settlers" - in an apparent attempt to make the victims seem less innocent and more deserving of their fate. 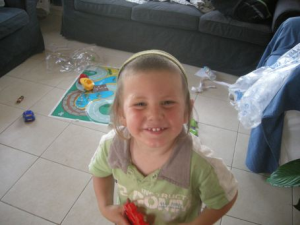 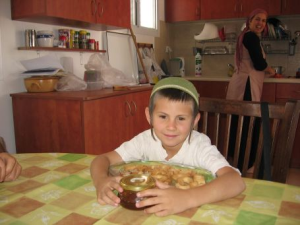 The BBC quoted Army radio as reporting that "two other children had been spared," making it sound as if the murderers had mercy on them. In fact, reports on Israeli media suggest nothing of the kind - and uniformly assume that the murderers would have killed the other two children had they known they were in the home. The two boys who were not hurt had been sleeping in  separate rooms and  the terrorists did not notice them.
The relatively low-key reporting cannot be explained by the prominence of reporting about the earthquake in Japan, because on all three leading websites sampled by Israel National News, there are numerous other stories that are featured between the Japan coverage and the stories about Itamar.
As stories from the Middle East often tend to dominate world news, the downplaying of the Itamar massacre is curious from a professional point of view, even if one ignores its grisly aspects. Predictably, the massacre has galvanized Jewish public opinion against any further concessions to the Palestinian Authority and has triggered a government reaction blaming PA incitement for the crime. This could mean that the crime will turn into a watershed event for Israeli public opinion and government policy. Mainstream news media appears to be ignoring these aspects of the story.
Posted by تنه نزن at 12:03 AM