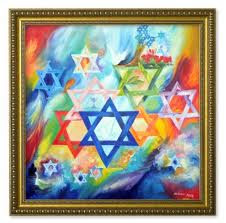 Parashat
*  VYIKRA *
The Role of Sacrifices 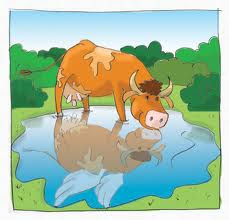 The theme of Sefer Vayikra (The Book of Leviticus) is korbanos, the animal sacrifices brought in the Tabernacle and, later, in the Temple.
The Rambam (Maimonides), in his Guide to the Perplexed, writes, "The purpose of sacrifices being incorporated into the Divine service of the Jewish people was to accommodate the transition of the people going from the extreme falsehood of idol worship to the extreme truth of worshipping one true God. read more
VAYIKRA
A summary of the portion
BY Nancy Reuben 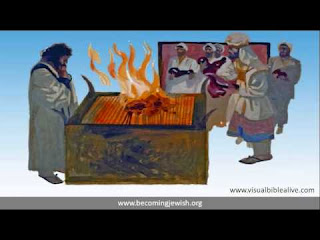 God commands Moses regarding various types of offerings: under what circumstances they should be offered, and what they should consist of.
Moses has conducted a ceremony to anoint the Tent of Appointed Meeting and the Priests who will officiate in it. A cloud now covers the Tent of Appointed Meeting, and the Presence of the Lord fills the Tabernacle.
God calls to Moses, “Explain to the sons of Israel the ways of bringing offerings to God. There will be offerings of animals and grains and fruit. Animals for sacrifice shall be male and without blemish. These animals shall be killed and washed and burned so each shall smoke on the altar in the Tent of Appointed Meeting. This will be for an ascent offering, an offering made by fire in expression of compliance to God and to make atonement before God.
Haftarah for Vayikra,
A summary of the haftarah

Isaiah 43:21-44:23
In Parashat Vayikra we read about forms of public sacrifice that one can use to sustain or renew a relationship with God. Both ideas are explored in the haftarah, taken from the Book of Isaiah, as well.
Isaiah delivered his prophecy to Judeans who had been exiled from the Land of Israel, and were living in Babylon. After 538 BCE, Cyrus the Mede allowed the exiles to return to their homeland, but many remained in Babylon. Several chapters from the Book of Isaiah are focused on trying to convince these people to trust God's power and go back to Zion. 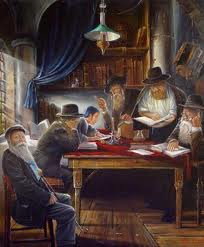 Lectures on the weekly Torah reading by the faculty of Bar-Ilan University in Ramat Gan, Israel. A project of the Faculty of Jewish Studies, Paul and Helene Shulman Basic Jewish Studies Center, and the Office of the Campus Rabbi. Published on the Internet under the sponsorship of Bar-Ilan University's International Center for Jewish Identity. Prepared for Internet Publication by the Computer Center Staff at Bar-Ilan University. Inquiries and comments to: Dr. Isaac Gottlieb, Department of Bible,  HYPERLINK "mailto:gottlii@mail.biu.ac.il" gottlii@mail.biu.ac.il
Rabbi Prof. Neriah Gutel
School of Education
President of Mikhlelet Orot, Israel 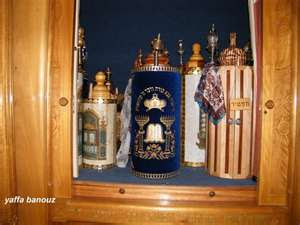