A Message From
Simon Wiesenthal center

Combating Holocaust Denial, Fighting Holocaust Revision, Educating Millions and Preserving the Memory of the Shoah
From Iran which denies the Holocaust, to Lithuania’s campaign to do away with International Holocaust Memorial Day, to the denigration of the memory of the victims of the Shoah by some Church leaders, we are on the frontlines to thwart the rise of Holocaust denial and revisionism that has been gaining momentum  among elites in Europe and beyond.

At the same time, the Center continues educating millions by keeping alive the

memory of the Holocaust. Each year, tens of thousands of children and adults hear first-hand accounts from Holocaust survivors who tell their stories of survival and sacrifice when they visit the Museums of Tolerance in Los Angeles and New York. Our Holocaust-related documentaries are regularly screened on television and in theaters including our Academy Award™-winning Genocide and The Long Way Home. And, our online Digital Archives contains artifacts, images and documents which are accessed by people from around the world. 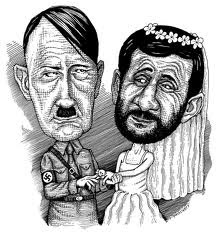 This Yom Hashoah and during this week of Holocaust commemorations, the Simon Wiesenthal Center will again be involved in extensive worldwide Holocaust programing including honoring Albanian Muslims who saved Jews during the Holocaust as well as keynoting Yom Hashoah programs in the US, Canada and in Europe.
As the leading Jewish organization fighting against Holocaust denial, educating and preserving the memory of the Shoah named after Simon Wiesenthal, we ask you to support us during this week of Yom Hashoah.
As Simon Wiesenthal said, “We need partners. We cannot fight alone” – please partner with us this Yom Hashaoh.
Posted by تنه نزن at 9:53 AM