Way such hatred?
The True Objective 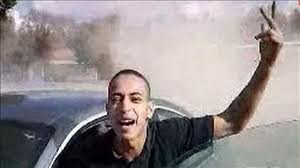 Sent By Parviz Hakimi
Dear Friend
A mother comes to the Rabbi, lamenting the fact that her son went crazy.

“What is he doing?” Asked the Rabbi.

“He is putting on tefilin each morning,” the mother cried. “He now eats only kosher, he prays each day, he stopped going to the movies on Friday night. What is worse: he wants to go study in Yeshiva.

“Rabbi, please save my boy,” the mother wept. “He is a good kid, I do not want to lose him to fanaticism…”

The Rabbi looked at the woman and in a surprising tone says: “I don’t understand. You are coming to me, asking me to save your boy from becoming meshugah. Yet you must know that I do all of these things too: I wrap tefilin, I eat kosher, I observe Shabbat, I study Torah, I pray each day!”

“Rabbi!” The woman exclaimed. How can you compare yourself to my son? You—you do it for a living; this is your job. My son? he means it…”

This is one humorous explanation to the enigmatic statement of the Mishnah in the Ethics of the Fathers: “Any argument for the sake of heaven will endure; an argument not for the sake of heaven will not endure.” Why?
If we are fighting over money or power, there is hope to end the quarrel. If I pay you off or I elevate your status to the life-long chairman emeritus, you might be happy and back off. But if our dispute is being fueled by idealism, by the feeling that we are fighting for G-d rather than for own power and control—then There is No easy solution! These fights never abate, since each side believes it is G-d’s spokesman on earth.
In wake what happen this week in France The Rabbi and three little Jewish children slain for being Jewish.
Throughout our long history, until this very day, we had to contend with two types of foes: self-serving adversaries who hated us because it was a clever business or social choice, vs. genuine enemies, who hates us for real and would be ready to sacrifice their own gain just to hurt the Jews.

To Hitler, for example, eradicating the Jews was a greater priority then winning World War Two. In July 1944, when the Germans desperately needed every train to begin their evacuation of Greece, not a single train was diverted from taking Jews to death camps. When the Germans ordered a ban on all non-military rail traffic in order to free trains for a summer offensive in southern Russia, the only trains exempted were those transporting Jews to the death camps.

Hitler's policy of murdering the Jews was actually destructive to the Nazi war effort, since it would have been more pragmatic to use them for slave labor. Yet, even those who were used for slave labor were so mistreated that many of them died within months. When a Nazi general, Kurt Freiherr von Grienanth, suggested in September 1942, that "the principle should be to eliminate the Jews as promptly as possible without impairing essential war work," he was demoted and his proposal denounced as a subtle effort to help the Jews.

Another vivid example occurred on Dec. 26 2003, when a massive earthquake in Bam (a city in Iran) tragically killed over 40,000 Iranians, and the government of Iran announced that help was welcome from every country in the world—except one country: Israel. Think about this: Israel is the world's expert in quickly finding survivors in bombed out buildings, and is a mere two hour flight from Iran. Yet the Iranian government chose to let men, women and children die or lie buried under rubble rather than be saved by a Jew from Israel. Their hate toward Israel surpassed their love to life. What can you do to appease such people?

Nothing! If the hate is motivated by personal practical gain, bribery can appease the foe. If the animosity is driven by deep conviction and passion, little can be done to change that.

Israel's late foreign minister, Abba Eban, once said: "If Algeria introduced a resolution at the UN declaring that the Earth was flat and that Israel had flattened it, it would pass by a vote of 164 to 13 with 26 abstentions."

This distinction between the two scenes in the first, the hate is incurable; in the second it is curable—is missed by many diplomats and journalists while attempting to wrap their minds around the present conflict between Israel and its neighbors.

The West is built on the ethos of Capitalism and Democracy, principles inspired by what we assume is the natural human yearning for self preservation, self gratification, self expression, material comfort and prosperity, formulated in our Declaration of Independence as “life, liberty and the pursuit of happiness.” We believe in an idealism that enhances our material lives. If I am fighting with you about something, it is clear that I am not driven by a passion for hate and self-destruction, rather, I am obviously seeking some tangible personal benefit that will give me more success, wealth, or comfort. Hence through mediation, compromise, concessions and goodwill, peace can be restored.

The problem is that we have come to see the whole world through our prism, and have ignored the fact that other cultures might operate differently. We can understand what I would call “utilitarian hatred”—hatred motivated by the search for a practical benefit, but we understand not “essential hatred,” hatred as a supreme cause in-and-of itself. We, westerners, thus turn to Israel and say it must be something you are doing to the Arabs that is causing them to hate you so passionately. You must be depriving them of something essential—territory, a state, dignity, prosperity, a future—which has turned them into your enemies. It must be the Gaza Blockade, the Occupation, the Jerusalem housing projects, the Flotilla. If you guys can only compromise and give them what they are asking for, they will certainly stop craving your destruction.

A senior American official recently remarked, “We have lost our patience with Israel. How long can they stall the peace process?”

In the naïve faith of both many in the West and in Israel itself that all hatred must be utilitarian, we don’t respect the fact that there are still many cultures and religions which don’t think like us. Israel certainly has made its mistakes, yet Iran, Hamas, Hezbollah, the many Arabs who voted for Hamas to rule them in Gaza, many Arab countries, and some voices in the Academia, the State Department and the United Nations—loath the Jewish state and its inhabitants, not because they crave parcels of Jewish land. If that was the case, the conflict would have ended after the Six Day War, when Israel offered the return of the newly captured territories in exchange for peace. The Arab league issued its three No’s: No to peace, no to negotiation, and no to recognition.

If territory or economic deprivation was the driving force behind the conflict, it would have been over at Camp David, in 2000, when Yasser Arafat was offered a Palestinian State with its capital in East Jerusalem, 100% of Gaza and 98% of the West Bank. Arafat's response was a terror campaign that claimed the lives of thousands of his own people, in addition to Jews.

If territory or prosperity was the driving force behind the conflict it would have ended in the summer of 2005 when every last Jew was evacuated from Gaza and the entire terrain was handed over to the Arabs with beautiful farms and green houses. Instead, the entire economic infrastructure in Gaza created by the Jews was utterly destroyed, as Gaza was transformed into a terror state, launching over 10,000 missiles directed against civilians.

Why have the Arabs consistently behaved in this fashion? Why did they not, for their own benefit, accept the path of peace and co-existence?

The painful answer is because the Arab objective has never been to enhance their own lives, to give their children a bright future, to establish the twenty-second Arab state build on foundations of stability, respect and tolerance; rather, their objective was one: to destroy the only Jewish state. Arab leaders always craved a Palestinian state that, in their oft-repeated phrase, would "extend from the river to the sea." i.e., from the Jordan River to the Mediterranean Sea—all of Israel. It is not about Arab desire for more land or for more dignity that drives the continuous strife and bloodshed; it is the feeling that if Israel exists, their existence is somehow worthless.

Their obsession with hate surpasses their love for life. Hate itself is the supreme cause.

A number of years ago, CBS showed an interview with a mother of a Shaid, a suicide bomber, who detonated his explosives on an Israeli bus, killing himself, murdering many passengers and maiming many more. The CBS reporter asked his mother how she felt. She explained how proud she was of her son’s sacrifice for Allah. When the reporter asked her what is her prayer at this moment, her response was, that she hoped all of her other eight children followed the same path like their older brother.

Is this mother searching to give her children a better life?

Appeasement is powerless in the presence of such type of animosity. Appeasement can sometimes work when the hatred is utilitarian, not when it is an end in itself. When you are hated because of your very existence, you can offer half your country, it will be to no avail. On the contrary, it will only embolden your enemy and demonstrate to him that he can succeed in his mission to destroy you.

Which is why we have seen that every single territorial concession Israel has made, only increased the strife and bloodshed. After Oslo, the suicide bombings began. After leaving Lebanon, Hezbollah increased its war efforts. After leaving Gaza, the missiles increased. Does this make sense? Why has every concession only distanced peace?

Because our neighbors, sadly, Where hatred itself is the ultimate cause. The more you concede to people who are not searching for their own land but rather craving to destroy you, the more you help them feel they can ultimately achieve their goal. They see your concessions as a demonstration of your weakness and their might, as a proof that Allah is assisting them, and as a vindication that terror will ultimately produces the desired results.

Under such circumstances there is one path for survival: You must stand tall, pride, and strong. Don’t let them think for a moment you are weak and that they can bury you; don’t do anything that will intoxicate them and make them feel they can fulfill their ambitions. And make sure you remain connected to the source of all life and peace, the Creator of heaven and earth.