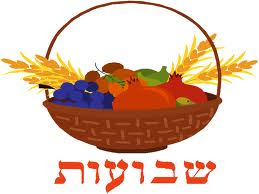 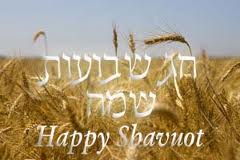 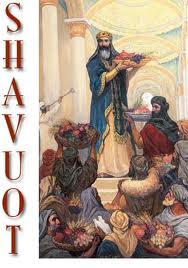 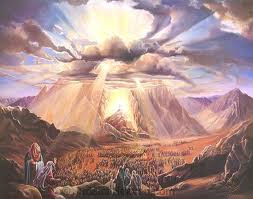 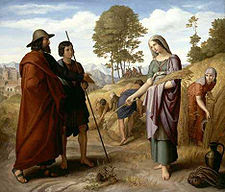 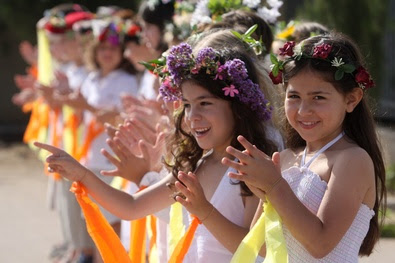 The festival of  Shavuot(help·info) (or  Shavuos(help·info), in Ashkenazi usage;Shabhuʿoth in Classical and Mizrahi Hebrew Hebrew:שבועות‎, lit. "Weeks") is aJewish holiday that occurs on the sixth day of the Hebrew month of Sivan (late May or early June).
Shavuot commemorates the anniversary of the day Godgave the Torah to the entire nation of Israel assembled atMount Sinai, although the association between the giving of the Torah (Matan Torah) and Shavuot is not explicit in the Biblical text. The holiday is one of the Shalosh Regalim, the three Biblical pilgrimage festivals. It marks the conclusion of the Counting of the Omer. 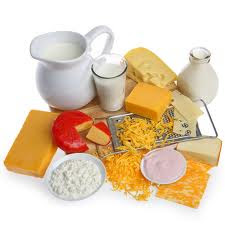 The date of Shavuot is directly linked to that of Passover. TheTorah mandates the seven-week Counting of the Omer, beginning on the second day of Passover and immediately followed by Shavuot. This counting of days and weeks is understood to express anticipation and desire for the Giving of the Torah. On Passover, the nation of Israel were freed from their enslavement to Pharaoh; on Shavuot they were given the Torah and became a nation committed to serving God.
In Hasidic thought, the wordShavuot "Weeks" is interpreted as also an acronym for Shavuot, Bikkurim, Atzeret, Torah.[1]
Shavuot is one of the lesser known Jewish holidays among secular Jews in the diaspora, while those in Israel are more aware of it.[2][3]
According to Jewish law, Shavuot is celebrated in Israel for one day and in the Diaspora (outside of Israel) for two days. Reform Jews celebrate only one day, even in the Diaspora.[4] 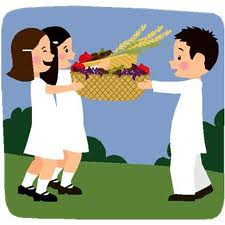