ISRAELI TELEVISION
A History Of A Nation Through The Small Screen

Jordanians began to enjoy television broadcasts in 1956, and Egyptians in 1960. But the first public TV broadcast in Israel was not until 1968. This relatively late introduction speaks to a certain sense of mamlachitut, statism, famously propagated by David Ben Gurion, in which the state sets the tone for the country’s ideology, politics, and culture. 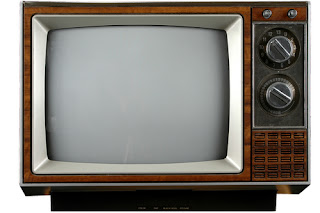 Building a Nation
Early Zionist settlers used the written word for purposes of nation building, emphasizing the centrality of Hebrew as a living language with important newspapers such as Davar and Haaretz. They also used radio for identity-building and information-sharing, with the goal of efficiently creating a common national narrative via relatively affordable technology. While leaders of other countries favored television for these same reasons, Israeli politicians at the state’s founding saw television as hedonistic and bourgeois; a connection to an unattainable Western standard of living, as well as a link to the Arab world--a dangerous connection for both the state’s Arab citizens and the hundreds of thousands of Mizrahi Jewish immigrants who had been raised on such programming.

Furthermore, these leaders believed that inexpensive and readily available foreign language television programming could threaten the already fragile dominance of the Hebrew language. Television, from the perspective of Israel’s early leadership, could have no role in creating the New Israeli Jew.

But most Israeli citizens did not share these concerns; instead, they clamored for TV. In response to this pressure, in 1966, Israeli Educational Television (IETV), a government-owned enterprise, began to experiment with strictly educational broadcasts for schools. Two years later, the Israeli Broadcast Authority (IBA) launched the first programming aimed at the general public. From 1968 to 1986, IETV and IBA shared the single Israeli TV channel.
The One-Channel Years
In its early years, the IBA, under government supervision, played an important role in creating a shared Israeli culture, especially for new immigrants. The most important local program wasMabat LaHadashot (”A Look at the News,” 1968-present), a primetime review of the day’s events. During the one-channel era of Israeli television, the show was so popular that it was considered improper to place telephone calls during its broadcast.

IBA broadcasted in black and white at a time when the world was already switching over to color, a move made even more inconvenient as black and white television equipment became scarcer.  When programs were imported in color, the IBA used an “eraser” to remove the color, arguing that color TV would unduly influence Israeli viewers to desire an unattainable Western standard of living. (Shortly thereafter, an “anti-eraser” appeared on the Israeli black market with the ability to re-insert color on the appropriately equipped screens.)

This policy ended after the Supreme Court ruled in 1978 in favor of the owners of a color television set, who argued that their rights were violated by state intervention. This victory signaled the rise of a new consumption-based consumerism that held more sway than traditional Zionist arguments about the dangers of luxury to the national ethos. This decision also coincided with the breakdown of the hegemony of the ruling Labor party, which had just lost power for the first time in Israel’s history, and had been the traditional gatekeepers of cultural production. Still, the transition to full color programming was not complete until 1983. 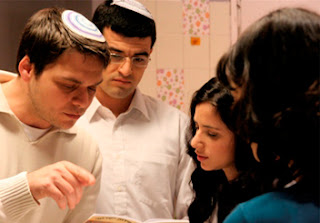 Importing foreign programming was often cheaper than producing local shows, and until the 1980s the only local television was news and low-budget sketch comedy such as the much beloved Lul (“Chicken Coop,” 1970-1972), featuring prominent Israeli musicians and movie actors.  In the 1980s, American shows like Dallas proved so popular in Israel that national sporting events were scheduled around their broadcast. Not unlike the Vietnam War in America, news events were transformed by their live broadcasts, most notably Anwar Sadat’s visit to Israel (1977) and, later, the assassination of Prime Minister Yitzhak Rabin (1995), both of which united the nation around television.
Multiple Channels, Diverse Programs
In the late 1980s Israel’s one channel was challenged by the introduction of a second channel that was financed privately and was under less direct supervision of the IBA. It was soon followed by the introduction of multi-channel cable in 1994.  These new cable channels catered to minorities that had been ignored by Israel’s two main channels, which operated by and large for secular Ashkenazic viewers.

Currently, Israel has television stations aimed at specific minority groups such as the Russian-speaking community and the religious population, and there has been talk of a station for Israel’s Arab population for years--but this has never materialized. Many Arab Israelis instead watch television from abroad, mainly Egypt and Jordan.

Israeli viewers choose from a wide array of Western programming popular the world over--contributing to the globalized identity of modern Israelis. At the same time, the rising standard of living together with the privatization of communications has allowed for new local programming, ranging from the biting political and cultural satire of Eretz Nehederet (“It’s A Wonderful Country,” 2003-present) to Betipul (“In Treatment,” 2005-2008), in which the audience is exposed to the inner life of a therapist-- including of course his visits to his own therapist. HBO bought the rights to this show and premiered the American version in 2008, making it the first Israeli show to be acquired by foreign television.
The cast of the hit show Srugim
Also common are Israeli versions of American reality shows, such as Ah HaGadol (“Big Brother,” 2008-present), in which Sephardic and Ashkenazic participants formed opposing camps in an attempt get the other group of housemates evicted first. The show was so popular that one Tel Aviv school canceled a field trip so students could stay home to watch the finale.

Most recently, mainstream Israeli television has seen a new diversity in programming, most notably withSrugim (“Knitted,” 2007-present), a drama that focuses on the religious Zionist community, Avodah Aravit (“Arab Labor,” 2007), a comedy made by and about Israeli Arabs, and Merchak Negia (“A Touch Away,” 2006), a miniseries that examines a romance between a Haredi girl and a Russian immigrant.  The rights to this last show were recently acquired by HBO, in addition to the aforementioned Betipul.

The popularity of Israeli television, made possible by technologies of transmission (whether legal DVDs or Internet downloading), continues to grow, attracting the attention of Israelis living abroad, Diaspora Jews, and those simply in search of some quality programming in a global market.

Originally from Jacksonville, Florida, Shayna Weiss is a graduate of the
Drisha Beit Midrash Program and is now a PhD candidate in the Israel Studies program at New York University. With a focus on gender and religion in contemporary Israeli society, she is particularly interested in religion in Israeli media and the culture of gender segregated beaches.