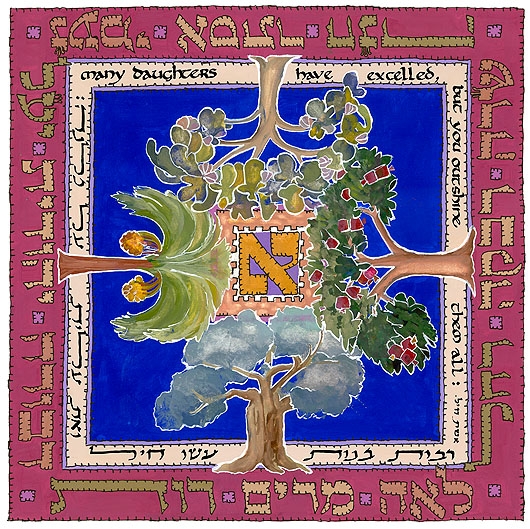 FOR THIS WEEK IS

This parashah recalls Moses's fatal mistake:
Hitting the rock, rather than speaking to it,
to spring water for the thirsty Israelites.
Moses's frustration and fatigue were no excuse
for his refusal to help his people. MORE> 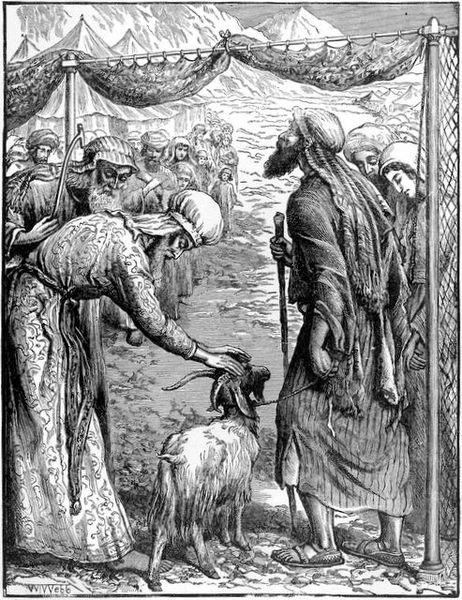 Sending Out the Scapegoat
(illustration by
William James Webb (1830 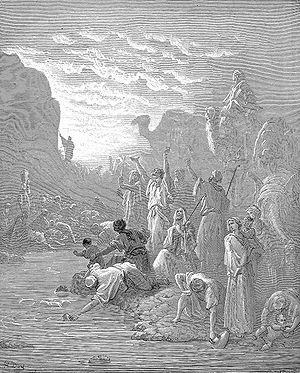 God instructs Moses and Aaron regarding the red heifer; Miriam dies; Moses hits a rock to bring forth water rather than speaking to it; Aaron dies.
.........
God said to Moses and Aaron, 'Speak to the sons of Israel and find a completely red cow on which there is no You shall give it to Eleazar, the priest, and he shall take it outside the camp and slaughter it. This cow shall then be made into an offering and those that participate in the sacrifice shall be unclean u.MORE 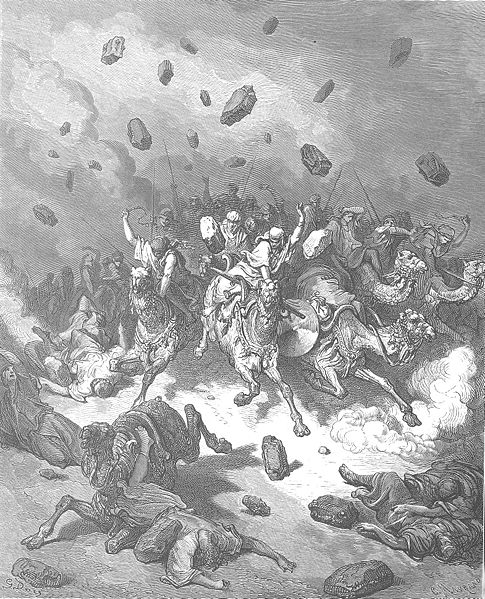 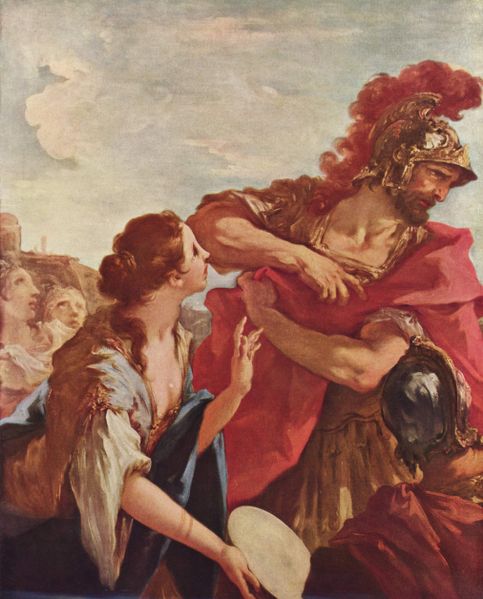 The Return of Jephtha, by
Giovanni Antonio Pellegrini 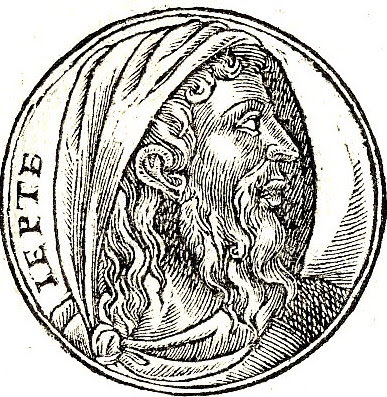 of a man named Jephthah
His father was Gilead, a mighty warrior.
His mother was a prostitute--and, for that
reason, his half-brothers prevented him
from claiming his inheritance, and expelled
him from their home. Jepthah flees, ending
up in the land of Tob, where he
falls in with some outlaws.

Years later, Gilead's tribe is attacked
by Ammonites. Fearing for their lives,
the men of the tribe who had once shunned
him approach Jephthah and request
that he lead them in battle. 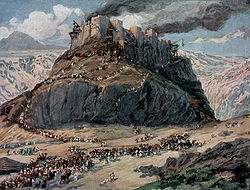 A warrior, once shunned, regains his
rightful place at the head of the battle.