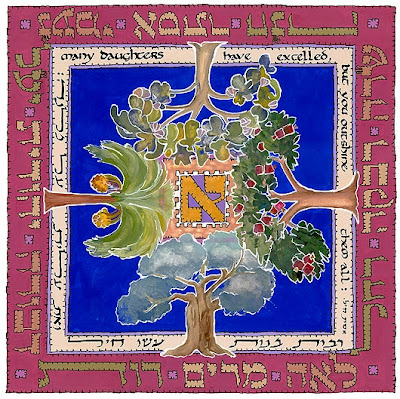 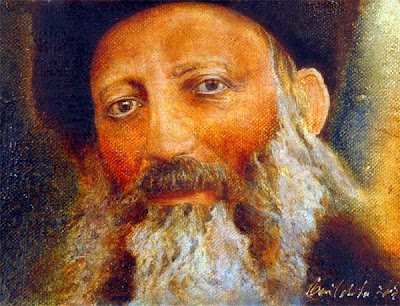 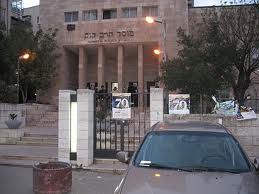 The Two Reports of the Spies (illustration from Bible

The Book that Moses Wrote

Already from its opening sentence, we see that the final book of the Pentateuch is different from the first four. Instead of the usual introductory statement, "God spoke to Moses, saying," we read:
Di Zahav – Too Much Gold

What is Di Zahav?
The book of Devarim opens with a detailed description of the location where Moses delivered his final speeches:
Right verses Might
Elucidating the Torah
Moses and Ezra
The fifth book of the Torah differs from the first four books. Deuteronomy is not a verbatim transmission of God's word, but a prophetic work, on par with the writings of other prophets. The final book of the Torah is called Mishneh Torah (Deut. 17:18), for it is Moses' review and elucidation of the Torah.
Moses Speaks!

The Book of Deuteronomy consists mainly of Moses' farewell speeches, spoken to the Jewish people as they prepared to enter the Land of Israel. The eloquence, passion, and rhythm of Moses' discourses are breathtaking. And we cannot but wonder: is this the same person who claimed to be "heavy of mouth and heavy of tongue" (Ex. 4:10)? apportionments to the tribes of Israel,
with those for Reuben, Gad, and
Manasseh to the east of the River Jordan

The book of Deuteronomy, dramatically set just outside the land of Canaan, is comprised of a series of farewell addresses delivered by Moses as he prepares to die, forever barred from the Promised Land. Unlike the previous four books of the Torah, which are narrated in the third person, MORE>

Moses recounts to the Israelites episodes
from the 40 years in the wilderness;
he encourages the Israelites in their
upcoming conquest of the land of Canaan.

In the 40th year,
in the 11th month,
on the first day of the month.
Moses spoke the following
to the Israelites:

Remember God said, 'I have set this land before you, go in and take possession of the land…' Now God, your God, has multiplied you and you are now like the stars of heaven in multitude. May God add to you another thousand times as many as you are now, and may God bless you.
"I knew I could not alone carry your contentiousness, your burdens, and your quarrels. So I told you to provide for yourselves wise men of your tribes. You agreed to this system of judges as overseers over the tribes and I charged these judges with specific duties. More

More Commentaries
From Different aspects of Judaism
on the Parashah
Criticism: Hard to
Hear & Hard to Give,
from Torah Topics for Today
Out from the Mountain:
Finding the Good Land,
from Torah Queeries
My Killer, My Brother,
from Hillel
Perceptions of Justice,
from CLAL
Where Are We Now?,
from Social Action
Rebukes & Responses,
from American Jewish University
Love & Land,
from Orthodox Union
Attributes of a Leader,
from JTS

Isaiah charges the people
with rebellion against God.
The haftarah selection is from Isaiah 1:1-27.

Tisha B'Av, the saddest day on the Jewish calendar, marks the anniversary of the destruction of the Temple.
On the Shabbat before Tisha B'Av, which always coincides with Parashat Devarim, Jews read a haftarah from the beginning of the Book of Isaiah. The Shabbat before Tisha B'Av is often called Shabbat Hazon, named after the first word of the haftarah. Unlike Jeremiah and Ezekiel, who both experienced vivid visions as their initiation into prophecy, Isaiah does not report having a visions, he simply begins by condemning the   of Judah and Jerusalem for their poor behavior.More