The Real Housewives of Canaan 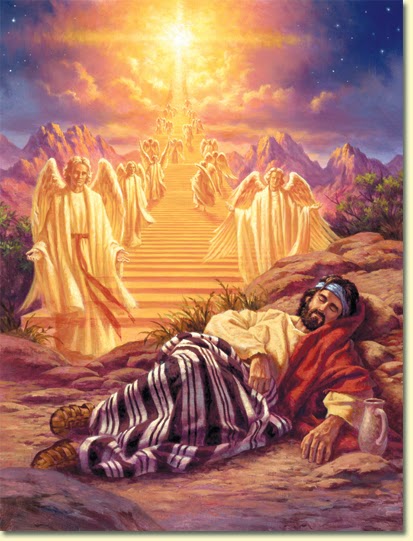 In this Torah portion, Jacob has a dream
with angels going up and down a ladder from
earth to heaven. God appears before Jacob,
renewing the covenant that God had made
with Abraham. Jacob sees Rachel, Laban's
daughter, tending to sheep and wishes to
marry her. Laban tricks Jacob into marrying
his eldest daughter, Leah, after seven years of
labor. In exchange for another seven years
of work, Jacob is allowed to marry Rachel.
Jacob has many sons with Leah, but Rachel
is unable to conceive. Finally, God blesses
Rachel, and she has a son,
whom she names Joseph.

Hosea tells the Israelite kingdom: God's punishments will be harsh, but repentance is possible.


This week's parashah tells of Jacob fleeing his home and agreeing to work for seven years for the right to marry Rachel.


Hosea mentions this part of Jacob's life story as he speaks about the sinful ways of Jacob's descendents--the northern tribes of Israel, which he refers to by the name of one major tribe, "Ephraim."


Hosea explains their iniquity: "When Ephraim spoke with trembling, he was lifted high in Israel, but through an idol he incurred guilt and died" (13:1). He then adds: "They [the people] add sin to sin, making for themselves molten images" (13:2). Ever since the northern kingdom of Israel split from Judah, under the reign of King Jeroboam I, the people of Israel had been guilty of idolatry. Generations later, while Hosea prophesies, this problem still exists.
***************

The Fight to be Included


Thanksgiving and the Jews:
Pennsylvania, 1868 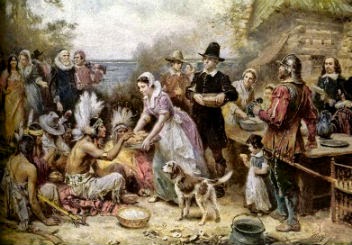 When the Governor of Pennsylvania declared
that Thanksgiving should be celebrated as a
Christian holiday in 1868, the rabbis
of Philadelphia protested.

Shavua Tove
Have a nice week