Everything Others Have Done


Here are my observations upon reading the news article about the IRI ( Islamic republic of Iran )
forming a "Foreign Legion" to fight its wars :

Everything Others Have Done

Here are my observations upon reading the news article about the IRI ( Islamic republic of Iran )
forming a "Foreign Legion" to fight its wars :

Iran's Surprising New Foreign
Legion - The Daily Beast
Want to become an Iranian citizen? A new law
is about to make that a whole lot easier—but
you’re going to have to fight for it—literally. 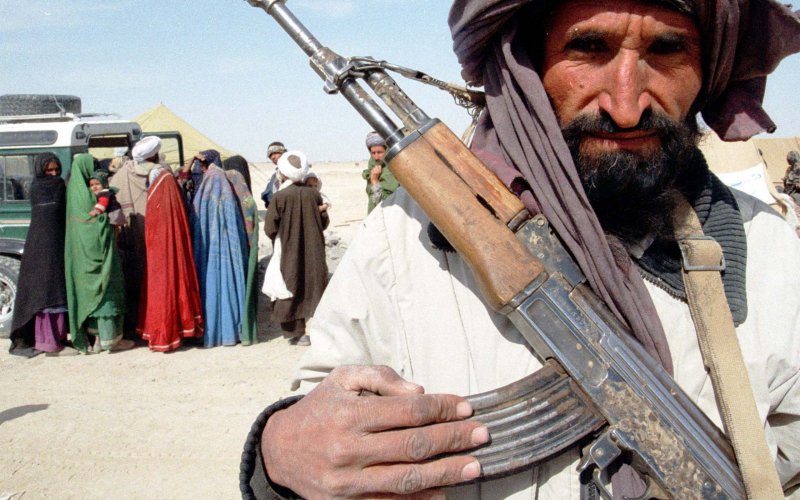 This is not entirely new, because in the past, the IRI had formed foreign military forces for taking over entire countries ( The Badr Army - now partially in power in Iraq- , the Lebanese Hezbollah - now mostly controlling Lebanon and fighting in Syria, - Hamas which has successfully destroyed peace initiatives on more than one occasion and pushed rightist agendas on Israelis themselves, ....etc...) ... or forces used to destabilize and even blackmail others all over the world ( Various Hezbollah forces in other places, such as in Saudi Arabia..., forces in Afghanistan, Yemen, East Africa, Bosnia, etc...), and terrorist forces elsewhere, from South America to East Asia, Europe and ???.

However, all the above had been done under false headings and justifications, such as assisting "National Liberation Movements", defending Islamic movements against aggression and genocide and etc....

Today, following the green light given to the IRI in the Obama-IRI agreement, the IRI is flexing its muscles in all directions, including its military might and its global RIGHT to do anything it is ABLE to do.

In the past year, feeling a green light coming, the IRI's language has been heightened to the level of an Imperialist language, taken out of history books (and news papers) of all imperialist powers before them, justifying its foreign wars in Syria, Iraq, Yemen, etc... and its  expansionist military preparations in the Indian Ocean ( Baab el Mandab/ Red Sea region), the Mediterranean, in their Ballistic Missile production and etc.

Just read the following statements, being repeated hundreds of times each week, in the IRI media:

"We have interests to defend" ( very vague but convenient!)
" We have to help our allies" ( Iran and Syria have a NATO like strategic agreement)
" We are defending Shiite sites ( ideological interests)"
" If we don't fight them THERE,  we will have to fight them HERE (in Iran).
" We need strategic depth" ( meaning thousands of kilometers of land and sea - controlled by IRI military forces and/or their close military allies - between Iranian borders and potential enemies)
" Our enemies have forces there ( ISIS in Syria and Iraq), so we have to have them too"
etc.....

Does anyone remember any different excuses  by any Imperialist power in the 20th Century? The funny thing, is that part of the Iranian left ( the part which has defended the IRI since its inception) has been defending almost all of the above justifications, in order to support the IRI's expansion, supposedly against OTHER imperialist forces .

It has been a well known irony in recent Iranian history, that while the intellectuals, activists, liberals and others go through hell to write books (which no one reads), and spend lives trying to convince  or "educate" the people, about basic political issues, all the Ayatollahs have to do is to simply utter a few words appealing to people's religious feelings or superstitions, and they will rise to the occasion ! For example, while the leader of Russia's Communist revolution went through the trouble of writing a whole volume on Imperialism and fight his fellow socialists in Europe and Russia over its contents for decades, all the Ayatollah had to say to convince his followers was: "The Global Arrogance is a monster from whose claws drips blood" !

In the meantime, the IRI itself, has joined the "Global Arrogance" itself, while part of the Iranian left and IRI's new JCPOA supporters still ponder its role as an "anti Imperialist" force !

Even if someone wants to take the trouble of reviewing Lenin's book on Imperialism(https://www.marxists.org/archive/lenin/works/1916/imp-hsc/), they could find that its basic description of Imperialism applies to this regime:
Rule of Finance Capital, Monopoly(ies) in the economy, Export of Capital, Division of the world, Establishing foreign military bases etc.  Being BIG, or being a Super Power, was by the way NOT a criterion.

However, as the IRI does it all the time, all one has to do is to look at its actions ( including  but not limited to the division of the northern half of the Middle East which has happened during the JCPOA negotiations, inviting the IRI to take over the Shiite Crescent ) and read the IRI's brief and simple declarations ( such as the repeating statements cited above).

The best place to start  though, is the IRI constitution itself, where in its Preamble - explaining the reasons behind the following constitutional articles- it is explained WHAT they have been aiming to do all along, i.e. a "Global Jihad" :

".....Accordingly, the Army of the Islamic Republic of Iran and the Islamic Revolutionary Guards Corps are to be organized in conformity with this goal, and they will be responsible not only for guarding and preserving the frontiers of the country, but also for fulfilling the ideological mission of jihad in God's way; that is, extending the sovereignty of God's law throughout the world..."

{ Note: Most online sources for the IRI Constitution, have ignored the all important Preamble, precisely because of clear and explanatory sections like the one about the Army and the IRGC, which could mean they have ignored or doctored other parts as well - Fortunately, you can still find complete sources}
There is however, one difference between the IRI and the classic Imperialist powers. The IRI, an emerging regional power,  has gone through the process too fast, and it is trying to mimic older powers in every way, believing it is already as BIG as the world powers. The inherent arrogance within the IRI and the massive cash, credit and legitimacy being given to it by the 5+1, will certainly bloat the IRI 's self confidence to unprecedented levels. This is the IRI's Achilles Heels, and what may bring them down as quickly as they rose.
Faryar
Posted by تنه نزن at 12:26 AM