I watched in horror with much of America as the likes of Libyan President Muammar Kadafi and Iranian President Mahmoud Ahmadinejad descended on New York to spread their anti-Semitic, anti-Israel and anti-American vitriol throughout the halls of the UN and on our news shows. 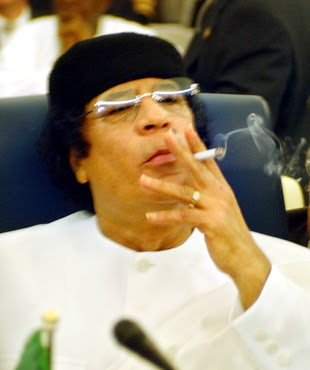 But what is the “Muslim World?” Is it the Gulf States? Is it North Africa? What is a Muslim nation, for that matter? Is Indonesia a Muslim nation? It happens to have the largest Muslim population. Indeed, the US is home to roughly 6 million Muslims.

The term “Muslim World” needs defining and discussion, as all nations with a population of Muslim citizens are not alike. Indeed, both Indonesia and the US are part of the “Muslim World.” All of the “Muslim World” is not obsessed with wiping Israel off the map. They are not all concerned with killing the infidel. Many nations in Africa that are majority Muslim are concerned with water, not Israel or Palestinians. The majority Muslim nations - Kazakhstan, Turkmenistan and Uzbekistan - are far more concerned with using their oil and gas wealth to build their young nations.

Case in point is a joint briefing I attended with the Consuls General of Israel and Azerbaijan. Consul General Jacob Dayan of Israel and Consul General Elin Suleymanov of Azerbaijan, a majority-Muslim nation, came to the briefing held at the Jewish Federation not to debate Jewish and Muslim politics, but to express support for one another’s nation.

The diplomats discussed the close bi-lateral relations between the Muslim nation and the Jewish state. They discussed the many joint business ventures that exist.

They discussed Shimon Peres’s recent state visit to Azerbaijan, a visit that Dayan recognized was difficult for Azerbaijan, given pressure from Iran. Dayan thanked Azerbaijan for the conscious decision to supply about 24 percent of Israel’s oil, another decision that causes much grief for Azerbaijan. The diplomats showed genuine admiration and respect for each other and for their respective nations.

The “Muslim World” is not monolithic. It is not universally Jew hating or Israel hating or America hating. There are “regular folks” out there. Perhaps we should pay no less attention to the anti-Semitic rantings and actions of haters like the Kadafi’s and Ahmadinejad’s of the world, but more attention to modern Muslims like Azerbaijan and others, who are just “regular folks.”

Jason Katz is the principal of the Tool Shed Group, a consultancy that advises foreign governments, including the government of the Republic of Azerbaijan. He is also the former head of Public Affairs for the American Jewish Committee.