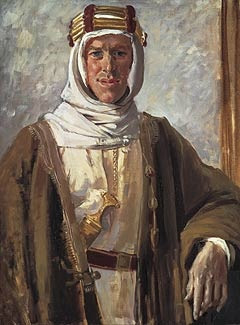 The champion of the Arab cause and his
little-known romance with Zionism.
Sent by Dariush Fakheri
T.E. Lawrence—better known in Britain and throughout the Middle East as Lawrence of Arabia—was a lifelong friend of Arab national aspirations. In 1917 and 1918 he participated as a British officer in the Arab revolt against the Turks, a revolt led by Sharif Hussein, later King of the Hedjaz. He was also an adviser to Hussein’s son Feisal, whom he hoped to see on the throne of Syria. For generations of British Arabists, Lawrence was and remains a symbol of British understanding of and support for the Arab cause. Virtually unknown, however, is his understanding of and support for Jewish national aspirations in the same era.
In mid-December 1918, a month after the end of World War I, Lawrence was instrumental in securing an agreement between Emir Feisal and the Zionist leader Dr. Chaim Weizmann. The meeting was held at the Carlton Hotel in London (a building subsequently destroyed in the London Blitz). At this meeting, Lawrence acted as the interpreter. Weizmann assured Feisal that the Zionists in Palestine should be able “to carry out public works of a far-reaching character” and that the country “could be so improved that it would have room for four or five million Jews, without encroaching on the ownership rights of Arab peasantry.”1
As Weizmann wrote in his notes on the meeting, Feisal explained that “it was curious there should be friction between Jews and Arabs in Palestine. There was no friction in any other country where Jews lived together with Arabs…. He [Feisal] did not think for a moment that there was any scarcity of land in Palestine. The population would always have enough, especially if the country were developed. Besides, there was plenty of land in his district.”2
On January 3, 1919, Feisal and Weizmann met again in London, to sign an “Agreement between the King of the Hedjaz and the Zionists.” Lawrence, who was once again the guiding hand in this agreement, hoped that it would ensure what he, Lawrence, termed “the lines of Arab and Zionist policy converging in the not distant future.”3 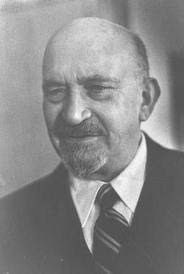 On March 1, 1919 Lawrence, while in Paris as the senior British representative with the Hedjaz Delegation, drafted and then wrote out in his own hand a letter from Feisal to the American Zionist Felix Frankfurter. In this letter, Feisal declared, “We Arabs, especially the educated among us, look with the deepest sympathy on the Zionist movement.” Feisal went on to say that Weizmann “has been a great helper of our cause, and I hope the Arabs may soon be in a position to make the Jews some return for their kindness. We are working together for a reformed and revived Near East, and our two movements complete one another.” The Jewish movement, Feisal continued, “is national, and not imperialist: our movement is national and not imperialist, and there is room in Syria for us both. Indeed I think that neither can be a real success without the other.” Feisal then added, in strong, optimistic words: “I look forward, and my people with me look forward to a future in which we will help you and you will help us, so that the countries in which we are mutually interested may once again take their place in the community of the civilized peoples of the world.”4
Posted by تنه نزن at 1:35 AM