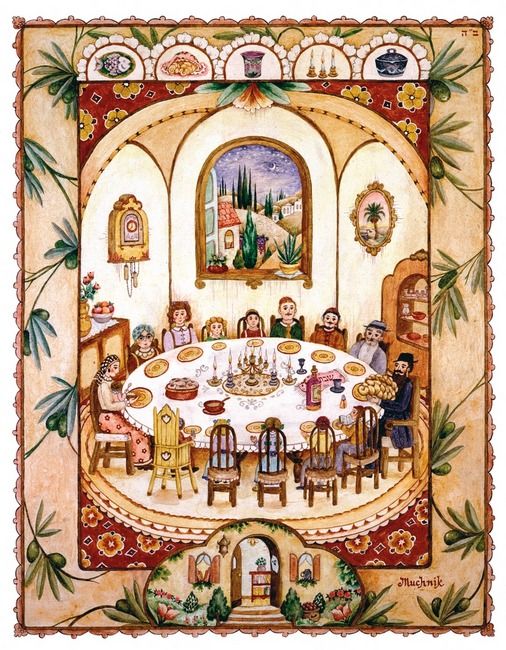 and My Jewish Learning 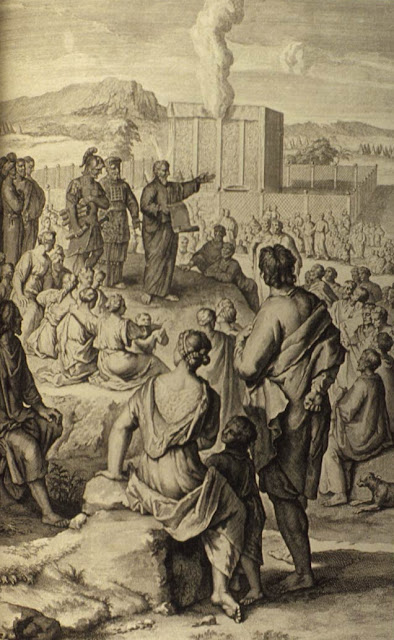 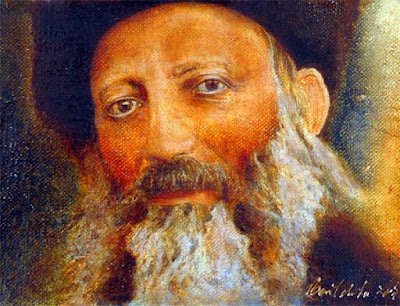 In the Mind and Heart

Loving God with all Your Soul

Moses stresses to the Israelites the importance
of keeping God's commandments when they
enter the land of Israel;
Moses repeats the Ten Commandments
and utters the Sh'ma and V'ahavta. 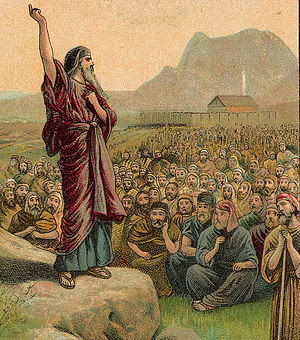 
(illustration from a Bible card published


1907 by the Providence Lithograph Company)


Finally, some words of
comfort for Jerusalem
and its people. 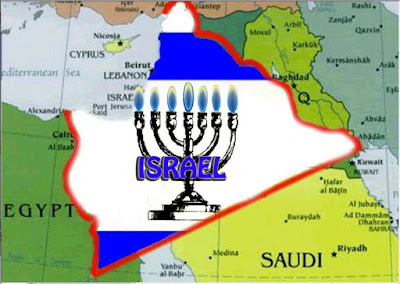 The haftarah selection
is from Isaiah 40:1-26.
The Shabbat after Tisha B’av is known as
Shabbat Nahamu–the Shabbat of comforting.
The special name for this Shabbat is
derived from the first words of the haftarah,
“nahamu, nahamu”–meaning “be comforted,
be comforted.” These words open one of Isaiah’s
most famous prophecies of consolation.
******************* 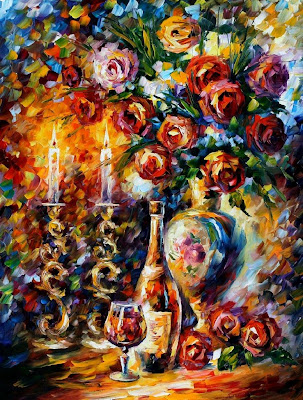 Judges and Prophets are not subjects for history texts, but rather concepts particularly relevant to the present time. As a foretaste of the fulfillment of the prophecy: "And I will return your judges as in former times, and your advisers as at the beginning," in the age before Mashiach's coming, we have been granted judges and prophets to provide us with direction and guidance. And often these qualities have been personified in a single individual, as manifest in the outstanding leaders of chasidut until the present age.
These leaders have, like judges, given us a directive regarding the nature of the present time, when "all the buttons have been polished," and we are in the final moments before the Ultimate Redemption. And like advisers, they have provided us with the insight to anticipate the Redemption in our lives, and prepare a setting for this spirit to spread throughout the world at large.
Source: sichosinenglish.org


Judah Philip Benjamin was a politician, a lawyer, a United States senator, and during the American Civil War, the second-in-command of the Confederacy.
Benjamin was born August 6, 1811 on the island of St. Croix in the Danish West Indies (the present-day Virgin Islands) to Jewish parents. At the time of his birth, Benjamin’s family was in transit from England to America. However, due to the War of 1812, the family was forced to settle in the West Indies until the war ended. They finally arrived in America in 1814, settling in Charleston, South Carolina.

Benjamin was an exemplary student. At the age of 14, he entered Yale University. Two years later he was expelled (no record exists as to the reason) and eventually, Benjamin moved to New Orleans.

Benjamin apprenticed at a law firm and began to study for the bar–a complicated course of action because, to become a lawyer in Louisiana, the state’s use of the Napoleonic Code required fluency in both English and French. In order to fulfill this requirement, Benjamin took a job teaching English to the daughter of a prominent Creole family, Natalie St. Martin, so that he could learn French.
The tutoring sessions worked well and provided unintended benefits–on February 12, 1833, the 21-year-old Benjamin and the 16-year-old Natalie were married. As a condition of marriage, Benjamin agreed that the couple’s children would be raised in the Catholic faith. That same year, Benjamin was admitted into the Louisiana bar.
Benjamin’s law practice flourished. He authored a seminal work on legal contracts, Benjamin on Contracts, which examined existing contracts jurisprudence to a depth previously unknown in America. As his wealth and status grew, Benjamin took on the trappings of antebellum Southern aristocracy. He purchased a large sugar plantation on the outskirts of New Orleans and owned 140 slaves. In 1843, Natalie gave birth to the couple’s only child, a daughter named Ninette. Though they never divorced, a few years later his wife moved to Paris and took their daughter with her. The family would never live together again.

Pollard’s wait not over: Fight to bring him to Israel will outlast his release 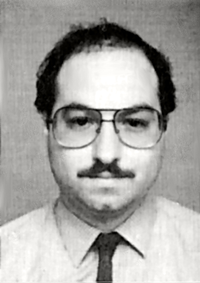 Louis (Lou) Lenart, an American fighter pilot during World War II who later helped to fend off an Egyptian advance on Tel Aviv during Israel’s 1948 War of Independence passed away on Monday (July 20) at his home in the central Israeli city of Ra’anana.
- See more at: http://legalinsurrection.com/2015/07/rip-american-marine-lou-lenart-israels-1948-war-hero/#sthash.HZU0HHTf.dpuf 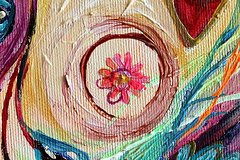